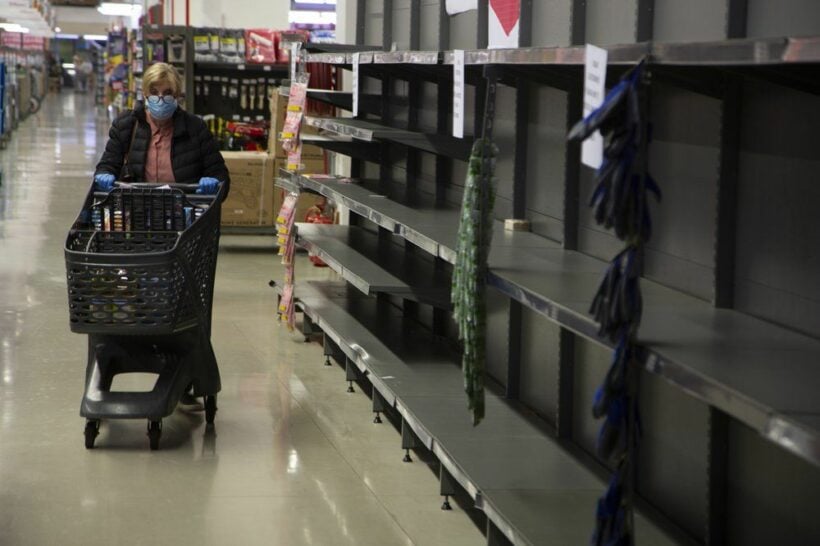 The World Health Organisation is warning that national “lockdowns” aren’t enough to defeat the Covid-19 coronavirus, and that public health measures are urgently needed to prevent a resurgence of the disease once the numbers of infections begin to fall.

Given the failure of the ‘lockdowns’ and border closures in Italy four weeks ago, the WHO are asking national governments to step up and enforce much more stringent orders to slow down the spread of the virus.

“What we really need to focus on is finding those who are sick, those who have the virus, and isolate them, find their contacts and isolate them. The danger right now with the lockdowns…  if we don’t put in place the strong public health measures now, when those movement restrictions and lockdowns are lifted, the danger is the disease will jump back up.”

The US and much of Europe are following China and other Asian countries and introducing drastic restrictions to fight the virus, with most workers encouraged to work from home, and schools, bars, pubs and restaurants being closed. But it hasn’t been enough at this stage.

A spokesman for the WHO says the examples of China, Singapore and South Korea, which coupled restrictions on movement with rigorous measures to test every possible suspect, provided a model for Europe, which has replaced Asia as the epicentre of the pandemic.

“Once we’ve suppressed the transmission, we have to go after the virus. We have to take the fight to the virus.”

Italy is now the country hardest hit by the virus in terms of the number of deaths, and British PM Boris Johnson has warned that his nation’s health system could be overwhelmed unless people practice social distancing. The British housing minister says production of tests will double next week and ramp up thereafter.

The WHO also says that several vaccines are in development, but only one had begun trials, in the US. Asked how long it would take before there was a vaccine available in Britain, a spokesman that people “need to be realistic.”

Epidemiologists and scientists have constantly warned the world that a viable vaccine could be at least a year away.

“We have to make sure that it’s absolutely safe… we are talking at least a year. The vaccines will come, but we need to get out and do what we need to do now.”