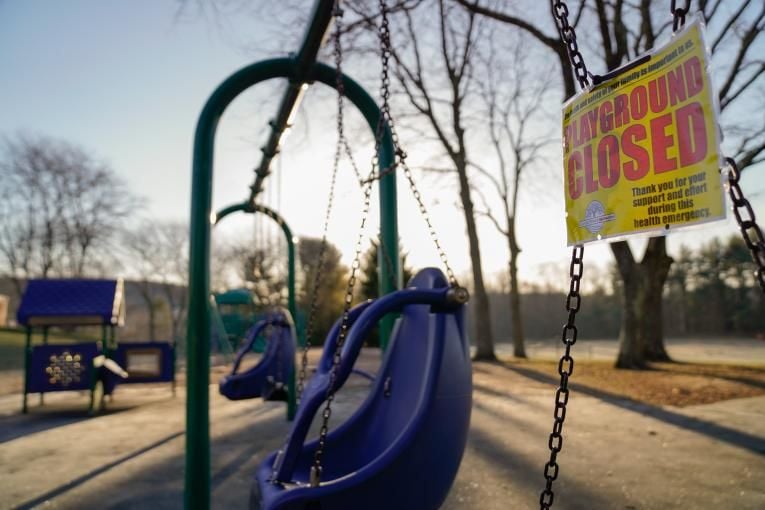 Today the total number of Covid-19 patients in the world has nearly reached 12,625,155 with 562,769 people succumbing to the effects of the disease. Over 7.3 million people are registered as ‘recovered’ from their bout of Covid-19. The numbers of new cases, worldwide, is accelerating. The current hotspots are the US, Brazil, India, South Africa and Mexico – presenting with the highest numbers of new cases in the past 24 hours.

• India recorded more than 100,000 cases of Covid-19 in the last five days. The country surpassed Russia this week to become the world’s third-worst hit nation. Neighbouring countries Pakistan and Nepal are also registering worrying surges in new cases, in the case of Nepal, mostly from Indian citizens escaping over the porous Indian northern border. 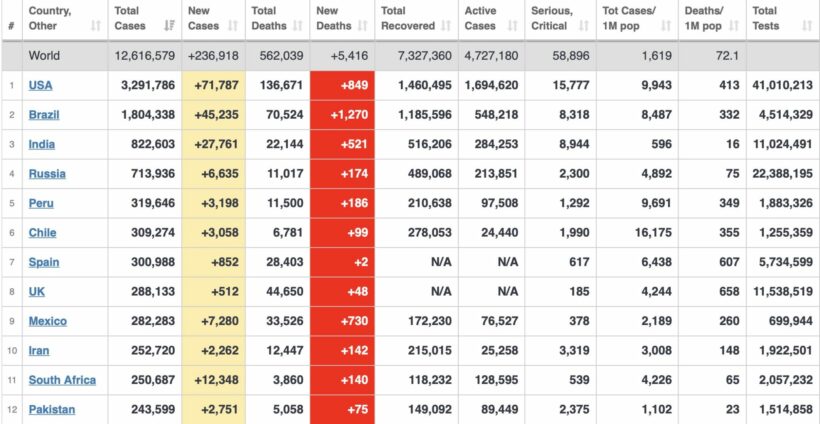 • The US has reported its highest number of new infections in 24 hours. 71,787 people have been reported in the last day of the week. Florida and Texas have both reported more than 10,000 cases, with the surge in outbreaks mostly ravaging the southern and south western states.

• A new antibody therapy from Eli Lilly could be available by the end of 2020, according to the CEO of AbCellera, currently collaborating with the pharmaceutical company. The company is 2 weeks into Phase 2 trials, which involves hundreds of Covid-19 patients.

AbCellera has studied blood from about 100 Covid-19 survivors, and if a better antibody is found, Lilly and AbCellera may add it to the one already being studied.

• The Covid-19 coronavirus damages not just the lungs, but also the kidneys, liver, heart, brain and nervous system, skin and gastrointestinal tract. Survivors of a Covid-19 infection are now returning to hospitals around the world with a host of secondary health issues.

Columbia University Irving Medical Centre in New York City, a hospital flooded with patients during the city’s dark days in the US spring, went through their own experiences and collected reports from other medical teams around the world.

Their report indicates the coronavirus attacks virtually every major system in the human body, “directly damaging organs and causing the blood to clot, the heart to lose its healthy rhythm, the kidneys to shed blood and protein and the skin to erupt in rashes. It causes headaches, dizziness, muscle aches, stomach pain and other symptoms along with classic respiratory symptoms such as coughing and fever”.

Dr. Aakriti Gupta, a cardiology fellow at Columbia, says that physicians need to think of Covid-19 as a multisystem disease.

“There’s a lot of news about clotting but it’s also important to understand that a substantial proportion of these patients suffer kidney, heart, and brain damage, and physicians need to treat those conditions along with the respiratory disease.”

“This virus is unusual and it’s hard not to take a step back and not be impressed by how many manifestations it has on the human body.”

Brazil’s President Jair Bolsonaro, who remains in semi-isolation after testing positive for the infection, says he hopes governors and mayors in the country would reopen “as soon as possible”.

• The UK has eased travel restrictions for dozens of countries. The US is not one of them.

Travellers arriving into the UK from 75 countries and British overseas territories will no longer have to self-isolate for 14 days starting July 10.

“Unless you have visited or made a transit stop in any other country or territory in the preceding 14 days, you don’t need to self–isolate on your return to England from the following countries and territories…”

• People who are 65 or older, men and people of colour who were younger than 65, make up disproportionate share of Covid-19 deaths in the US, according to a report by the US Centres for Disease Control and Prevention released yesterday.

Among the 52,166 Covid-19 deaths reported to CDC from February 12 to May 18, more than 55% were men, nearly 80% were older than age 65. The Centre also reports that there has been a new surge of much younger people in the US who are becoming infected and reporting adverse symptoms from the virus.