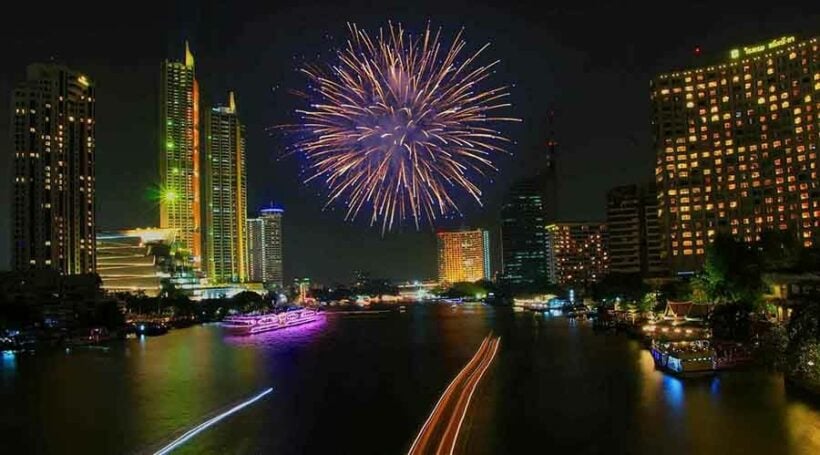 The Centre for Covid-19 Situation Administration meets today to discuss how New Year celebrations will be handled, with the possibility that they may be split into smaller groups. Officials are to consider a suggestion from PM Prayut Chan-o-cha that countdown gatherings be split into zones, with numbers limited. The PM is concerned that large crowds would make it impossible to prevent a potential resurgence of Covid-19.

“It would be unsafe to allow a crowd of tens of thousands of people to come together and impossible to ensure that everyone there strictly follows the Covid-19 prevention regulations imposed on them. Separating revellers into small zones should instead make it more possible to screen every attendant and register them all via a mobile phone application for Covid-19 tracking in the event of new infections later emerging. I’m not intending to damage anyone’s parties but (just to pick the best choice) to ensure total safety for this year’s celebrations.”

Meanwhile, the Bangkok Post reports that a January 15 music concert in the northern province of Phetchabun has been cancelled, with the organiser, Aphisak Akhana, saying he couldn’t guarantee Covid-19 prevention measures could be implemented in the event of a huge crowd turning up. Aphisak says those who have already purchased tickets for the event will be refunded.

The cancellation follows the shutdown of the Big Mountain Music Festival in the north-eastern province of Nakhon Ratchasima at the weekend, with officials pointing to Covid-19 risks as the reason it was brought to an early halt. The deputy governor of the province has called for the organisers to be prosecuted for continuing with day 2 of the event, despite an order to shut down. Organiser Yuthana Boonorm has since posted a Facebook apology to officials and ticket holders.

“I could not manage everything as planned, especially measures to prevent Covid-19 that should have been more stringent and carried out with better efficiency.”

Officials are also concerned about a mini-outbreak among healthcare workers at an alternative state quarantine facility in Bangkok. 7 workers have tested positive, with the Disease Control Department finding traces of the virus on doorknobs at the facility.

For people travelling around Thailand at the moment there is still quite a lot of confusion and misinformation about where you can travel to and additional restrictions on travel. We’ll continue to publish any updates to this information at thethaiger.com

For people travelling out of Red Zones… that includes Bangkok…. to other parts of the country that are lower-risk zones – organge, yellow and green – there are a number of precautions in place.

In Phuket, for example, if you want to travel from Bangkok to the island, officially there are restrictions on your travel, documented in a 3 page announcement last weekend. There was talk of a 14 day self quarantine being in place.

This week the Tourism Authority of Thailand has announced that travellers will not have to do a 14 day quarantine if they travel from Bangkok, except from four high risk areas in the capital