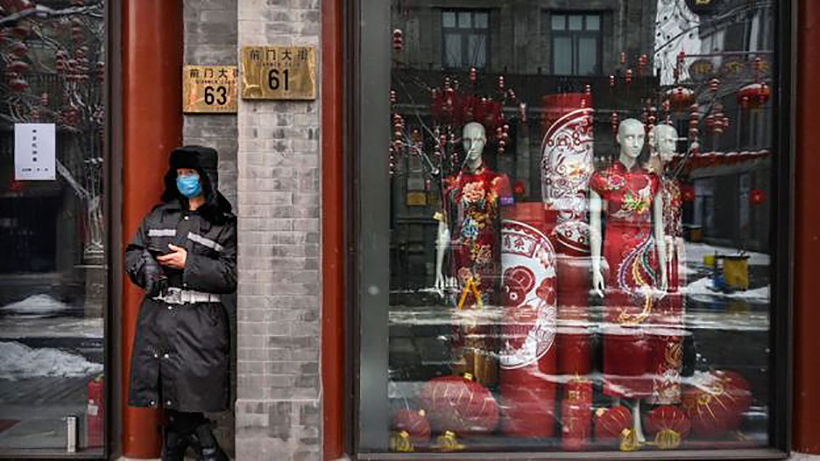 As the coronavirus outbreak in China surges past the 30,000 mark, having infected 31,481 people, the global scientific community are racing to find a reliable treatment and vaccine. Most of the people infected with the novel coronavirus – 2019nCov – have not been receiving a treatment specific to the new virus, because there isn’t one.

638 people have now died as a result of the outbreak and 1,563 have fully recovered.

The race for a cure

Of the handful of coronaviruses known to infect humans, notably SARS and MERS, none has an approved or provable treatment. Up to now the general medical care is mainly to help relieve symptoms. But a small group of repurposed drugs, from targeting Ebola to HIV, are showing potential. Both Chinese and Thai medical authorities claim successful treatments using cocktails of these existing anti-viral drugs.

Stephen Morse, a professor at Columbia University, told Live Science that all sorts of variables, using existing anti-virals are being considered at the moment.

“Developing brand-new drugs requires a huge investment of both time and resources. So while you’re waiting for the new miracle drug, it’s worthwhile looking for existing drugs that could be repurposed to treat new viruses.”

In research published in recent days, infectious disease physicians state that the coronavirus has proven itself to have higher infection rates and lower fatality rates when compared with Middle East respiratory syndrome (MERS) and severe acute respiratory syndrome (SARS), both of which are in the same ‘family’ of coronavirus. A professor of medicine at the University of Michigan says the gathering of accurate statistics during this outbreak is making valid analysis a lot quicker and easier this time around.

“As testing becomes more frequent, the true number of cases and the full spectrum of disease will become more clear.”

Whilst the number of cases continues to rise, the rise is mainly within the province of Hubei, specifically, and China, generally. Outside of mainland China the number of cases remain, statistically, small. Japan has reported 86 cases – twenty from a cruise ship currently ‘quarantined’ in Yokohama Bay – 30 in Singapore, 25 in Thailand, and 24 each in Hong Kong and South Korea. Taiwan, Australia, Malaysia, Germany, Vietnam, US and Macao all have more than 10 confirmed cases within their borders. Only two people are confirmed to have died outside from coronavirus outside China, one in The Philippines and one in Hong Kong.

At least 40 airlines have now cut an estimated 25,000 flights to and from, or within, China.

• The Nikkei Asian Review reported that sources have said an Apple plan to ramp up production of AirPods may be delayed as a result of manufacturing shutdowns related to the coronavirus outbreak.

• Sanofi SNY – a French multinational pharmaceutical company with its HQ in Paris – CEO Paul Hudson told investors that the company plans to announce a coronavirus-related initiative in the coming weeks.

• Boston Scientific, which has a $600 million business in China, yesterday told investors to expect a “negative first-half impact” on expectations that Chinese patients will push back elective medical procedures during the outbreak. The device maker now anticipates a “preliminary negative sales impact estimate of $10 million to $40 million.

• Yum China Holdings, which operates fast-food brands like KFC and Pizza Hut in China, has closed 30% of its restaurants. For the restaurants that are still open, same-store sales have declined up to 50% since the Chinese New Year holidays. Yum China Holdings CEO Joey Wat told investors… “The outbreak is causing “significant interruption.”

• The Estée Lauder Companies – an American multinational manufacturer and marketer of prestige skincare, makeup, fragrance and hair care products – announced that their third quarter will be most impacted by the sales decline of luxury beauty products taking place in China as a result of the outbreak.

• Herbert Wun, the owner of Wing Sang Electrical, which makes products such as hair-straighteners and blow-dryers in Guangdong province, southern China, says that many companies would “not have much slack to take this kind of impact”, coming, as it did, on top of the US-China trade war.

• Hyundai, of South Korea, has suspended its car production because of problems with the supply chain of parts from manufacturers in China – an early warning sign of possible extensive disruption ahead.

Is there any cure?
No, beyond treating symptoms and waiting for the human immune system to kick in and fight the virus. But progress is being made. Thai doctors claim they have successfully treated two patients with a cocktail of antiviral drugs. A similar treatment has been trialled in China but the results have not been accredited by the World Health Organisation.

Who is the most likely to be infected?
People of any age can be infected with the coronavirus virus, anywhere in the world. But, like other flu, older people, people with pre-existing medical conditions, people with compromised immune systems, are especially vulnerable to severe complications. Children, at this stage, appear to have been largely spared many cases of the virus. Most people will recover from the virus with the rate of death rate floating around 2%, indicating the coronavirus is less deadly than the earlier SARS and MERS coronaviruses.

What are the symptoms?
Coronavirus symptoms will likely appear like a flu, the fever, coughing and trouble breathing. If you show these symptoms and recently went to China, or have been in contact with someone who visited, you should visit a hospital urgently.

How is the virus spread?
The virus is understood to spread person-to-person through droplets floating around the air after an infected patient coughing or sneezing nearby. Scientists say there’s also a possibility the cornavirus can exist in, and spread through, contaminated fecal matter. There’s currently no evidence that the virus is “airborne”, so it doesn’t simply float through the air or across a room.

What can I do to protect myself?
Do what you do during any flu season. Wash your hands often with soap and water, cover your nose and mouth if you sneeze or cough, avoid close contact with people or large gatherings, and wear a face mask if you are travelling around large crowds or in areas with concentrations of Chinese travellers. Statistically, if you take basic precautions, you are extremely unlikely to contract the Novel Coronavirus. And if you do, for now, you have a 98% chance of full recovery.

Is there a need to panic?
No