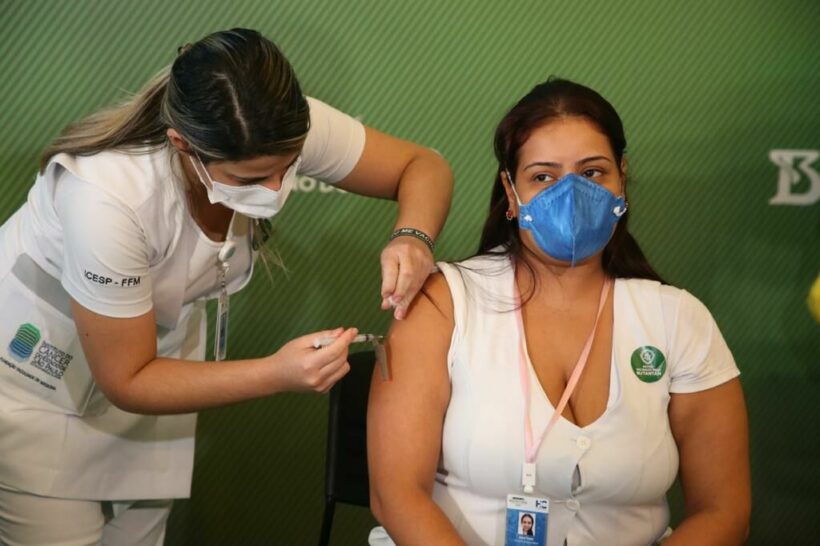 Brazil’s Covid-19 death toll is now rivalling the US as it became the second country to see over 400,000 deaths since the pandemic began. Experts are saying that number is expected to keep surging as the vaccine roll out has been slow to take off, as well as restrictions loosening in recent days.

They also warn that loosening Covid measures will not help slow down Covid-related deaths over the next few months as vaccines cannot be counted on to curb the virus’ spread. Pedro Hallal, an epidemiologist says history is repeating itself. The surge in infections is being attributed to the P.1 coronavirus variant that is believed to be 2.5 times more contagious that the original version.

“Brazil will repeat the same mistake as last year. What will Brazil do now? Go back to easing restrictions and that will stabilise us at 2,000 deaths per day, as if 2,000 deaths from a single disease in 1 day is normal.”

The South American country reported 3,001 deaths just yesterday, raising the total number of infections since the pandemic began to 14,592,886. The recent surge has overwhelmed hospitals, leading to 100,000 deaths in 1 month. Jamal Suleiman, a doctor at the Emilio Ribas Infectology Institute blames the government for Brazil’s virus situation.

“We have reached this number of 400,000 deaths mainly because of the managerial incompetence of this government, led by the president.”

He says President Jair Bolsonaro has downplayed the severity of the virus since its onset, straying away from imposing strict lockdown measures and mask-wearing, and only recently backing vaccines. Such a complacency to address the virus situation has led to the vaccine rollout to be sluggish, with only around 13% of the population receiving the first dose.

The Health Ministry has appeared to back the claims of low amounts of inoculations by saying that 30% fewer vaccines were received than planned for from January to April of this year. But Bolsonaro maintains that the country must return to normal, citing that the economic hardships for its citizens is equally as detrimental as the pandemic

Thailand’s airlines getting airport fee waivers to help with rehabilitation