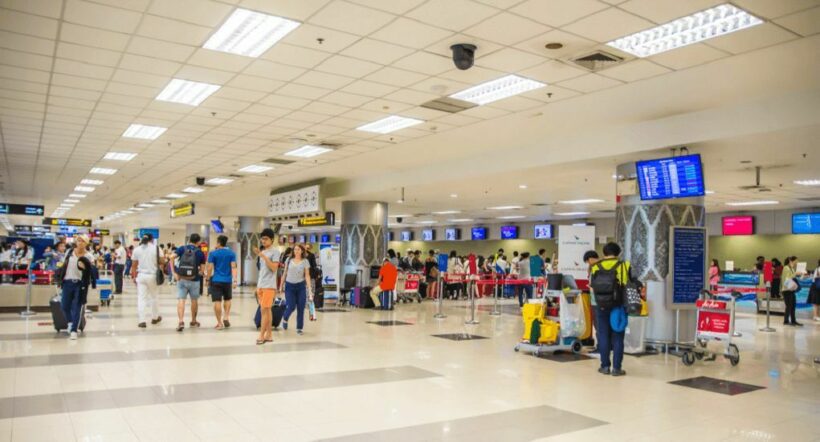 Anyone who has recently visited the new Covid-19 epicentre of Samut Sakhon and who arrives in Chiang Mai should prepare to be checked, according to health authorities. The efforts are underway to stop the virus from spreading and anyone who is suspected of being infected with Covid-19 or who has visited the central shrimp market in Samut Sakhon, must use the CM-Chana tracing application to check in upon arriving.

Kittipan says, however, it’s not just those who visited the shrimp market, as those arriving from other parts of Samut Sakhon also must check in on the CM-Chana app, but are not yet being required to submit to Covid testing.

For those arriving to Chiang Mai from other provinces, they must still check in on the app and monitor their health.

Despite the new precautions that were recently announced, Kittipan says visitors are still welcome for the New Year holiday and argues that Chiang Mai is free from Covid. But that hasn’t stopped people from rearranging or cancelling their travel plans as tourism businesses in Petchabun and Nakhon Ratchasima are experiencing a downturn after the virus scare.

Meanwhile, tourism businesses have taken a battering from the virus scare in Phetchabun and Nakhon Ratchasima.

Such popular resorts as the Phu Thap Boek, amongst others, are seeing cancellations after a woman tested positive for the virus after spending time at one of the resorts in the mountain-top area, which has drawn criticism by local communities.

Nakhon Ratchasima is seeing a 50% drop in resort and hotel bookings as well, with unfortunately no end in sight. Pongthep Malachasing, the president of the Wang Nam Khieo Tourism Promotion Association, a district in the province, says he feels sorry for such resort owners and estimates such cancellations being worth at least 200 million baht.

“Just when they thought they could shore up some of the lost revenue during the high tourism season, they found themselves encountering an unexpected crisis.”