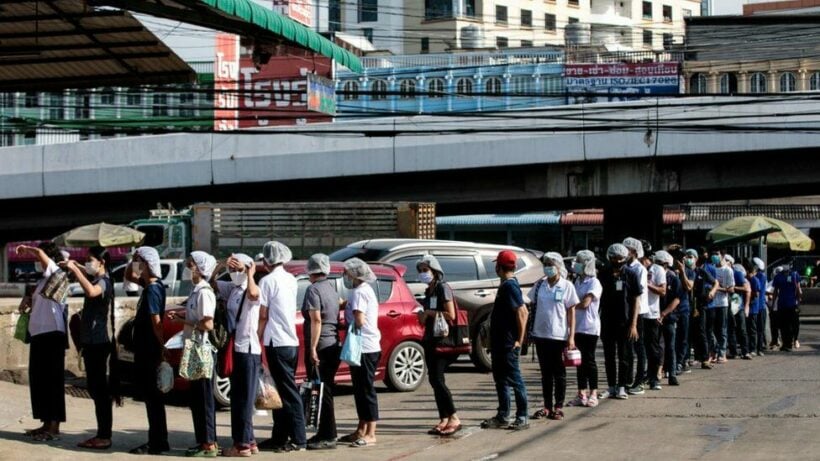 “…provincial governors can now decide if a Covid-19 lockdown must be imposed.”

4,161 people have now been discharged from hospital, 9 in the past 24 hours. 1,902 people remain in hospital under observation or undergoing specific Covid treatment. 60 people have died. 1 of the imported cases wasn’t in quarantine when testing positive and was sent back to Myanmar.

Yesterday, 110 cases were announced, including 94 domestic cases and 16 in state quarantine. 33 Thai provinces are now affected by the new outbreak centered around Samut Sakhon seafood markets 8 days ago.

Meanwhile, district officials in the Phimai district of Nakhon Ratchasima, in Thailand’s north east, have ordered quarantine on anyone arriving from Samut Sakhon province and have also closed a large school in the District due to “an abundance of caution”. The provincial disease control response follows a declaration by the Thai government of Samut Sakhon as a “maximum disease control zone”. Covid-19 cases in Nakhon Ratchasima, linked to the Samut Sakhon cluster, have risen to 6.

And the main city district of Rayong has declared a red zone, the highest Covid-19 control measures, after 27 new infections were confirmed yesterday, bringing the total number of cases there to 36.

Yesterday the Thai PM Prayut Chan-o-cha exercised his power under the current emergency decree which prohibits public gatherings nationwide and authorises provincial governors to decide if a Covid-19 lockdown must be imposed.

Arriving in Chiang Mai? Prepare to be checked.