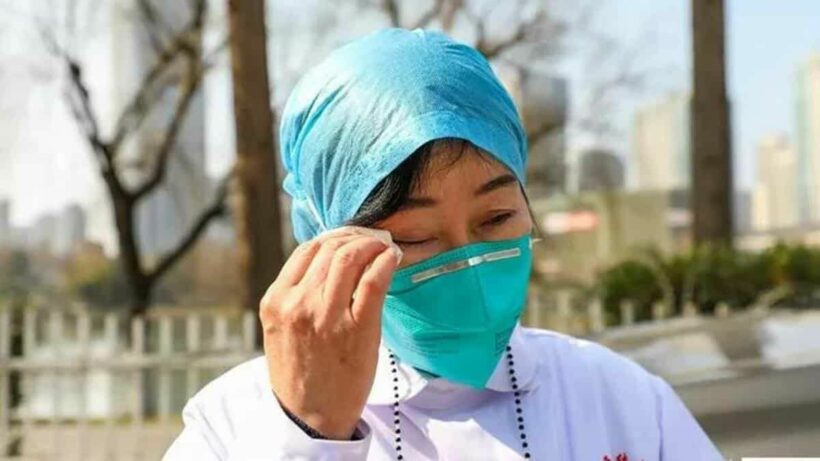 PHOTO: Zhang Jixian, the Director of the Department of Respiratory and Critical Care at the Hubei Provincial Hospital of Integrated Chinese and Western Medicine in Wuhan

A year ago nothing much was known about the coronavirus that has now decimated the world’s economy and killed 1,764,697 people (as of Saturday morning, December 27, 2020 Thai Time). Exactly 12 months later there are now 80,720,204 positive infections registered around the world. On December 27, 2019, there was little known about the mysterious new coronavirus. How infectious was it? What was the incubation period? What was its fatality rate? Was it a strain of the flu or another coronavirus?

Zhang Jixian, the Director of the Department of Respiratory and Critical Care at the Hubei Provincial Hospital of Integrated Chinese and Western Medicine in Wuhan, had been working as medical expert during the SARS outbreak in 2003, and was aware of the possible signs of a suspected outbreak of an infectious disease in the Chinese province. A number of cases came to her notice on December 27, 2019. She recalled how the novel coronavirus, an alien pathogen, emerged from a seemingly ordinary case of an elderly couple in late December.

The couple, with fever and coughs, sought treatment at the hospital. Zhang Jixian examined the older couple and made the preliminary diagnosis saying it “looked like flu or common pneumonia”.

After having observed the elderly couple’s CT scans were abnormal, Zhang Jixian also asked the couple’s son to undergo a scan. He found the same issues were apparent.

Another patient, a merchant from the Huanan Seafood Wholesale Market, arrived at the hospital with fever and cough on the same day. Again, his CT scan showed the same characteristics. Multiple blood tests from the 4 patients indicated viral infection. More influenza-related tests all came back negative.

Zhang Jixian filed a report to the executives of the hospital and also took the precaution of making a provisional quarantine area.

On the same day the Wuhan Central Hospital heard from Vision Medicals that the BAL (Bronchoalveolar Lavage) sample taken on 24 December from an unresolved clinical case which sparked off the first scientific involvement. The tests confirmed that the sample contained a new kind of coronavirus. The patient was then quarantined.

Also at Wuhan Central Hospital, yet another unresolved case caused a BAL sample to be taken, this time sent off to CapitalBio Medlab of Beijing. 3 similar cases would arrive at the Hubei Provincial Hospital of Integrated Chinese and Western Medicine on this day, all associated with the seafood market.

Dr. Zhang Jixian’s discovery was later widely praised in China and by world epidemiologists for her insight into the possibility of a new viral strain. Hubei Province’s government honoured her as well as Zhang Dingyu, the president of Wuhan Jinyintan Hospital, for their contribution to help control the viral outbreak. She is acknowledged as a pivotal expert in the very early days of Covid-19.

Meanwhile, respiratory samples from a man hospitalised in Paris, France were also retrospectively diagnosed as having the new coronavirus present. He had presented with advanced symptoms (chest CT of ground glass opacities) and his child had previously presented with influenza-like illness.

Although his last travel outside of France had been to Algeria in August 2019, the man had not traveled recently. But his wife worked near an airport. The full epidemiological circumstances remain uninvestigated and the French cases can’t be fully verified.

Arriving in Chiang Mai? Prepare to be checked.