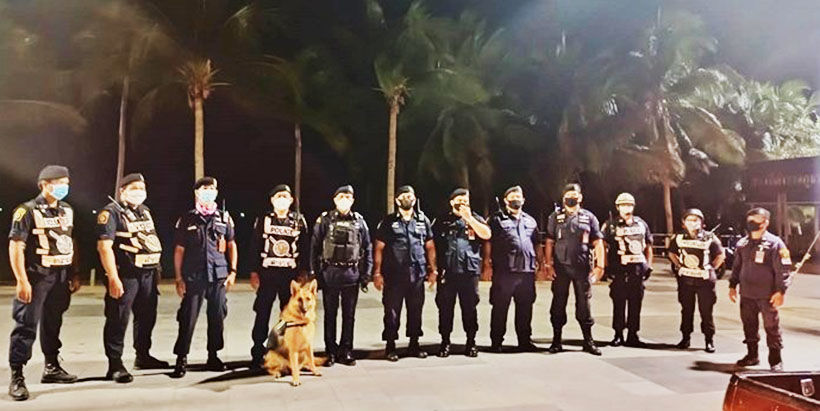 Although more than 6,500 curfew breakers have been arrested over the period of the 10pm-4am curfew, the PM Prayut Chan-o-cha says he won’t extend the current curfew hours or add any new measures that restrict people’s rights, saying that public cooperation has seen rates of infection decrease.

The PM spoke to the country on TV last night.

“Since January 4, we have been fighting together against Covid-19 for almost 100 days with countless hours of preparation, strict monitoring, a strong public health system and cooperation from all sides.”

“We now have the number of infected patients at a controllable level, and a low death rate compared to other leading countries, this is proof that the country’s operations have been effective and several countries have held Thailand up as a successful example of dealing with Covid-19 crisis.”

However, the PM said he was was not happy with the large number of people who have defied the curfew restrictions that started on April 3 and has led to many Thais filing complaints about people “who are lacking social conscience”.

“People who lack conscience and responsibility will make life miserable for those who are struggling to earn their living. I want to warn them to correct themselves, though the Centre for Covid-19 Situation Administration still has no plan to extend the current curfew hours.”

The PM says that he had signed an order to allow some people in groups or sectors to work during the curfew hours, the order includes…

PM Prayut has also pointed out that the Songkran festival has been postponed, and the public must not return to their home provinces and take part in any kind of informal celebrations during the traditional celebratory period. He has also urged that people not to partake in the ‘the Rot Nam Dam Hua’ a water-pouring ceremony, a traditional way for younger people to show respect to elders and ask for their blessings.

This week the Health Ministry urged Thai citizens to “Save Parents” in a campaign asking Thais to hold off visiting their parents for Songkran until the Covid-19 situation had passed.

Covid-19 robots to the rescue