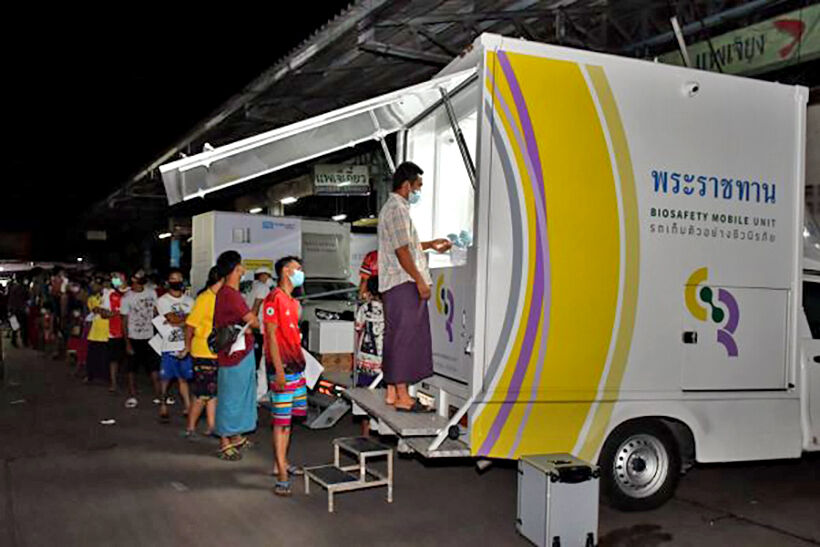 On top of the numbers of new infections announced earlier today – some 315 both local and imported cases – the province of Samut Sakhon has reported 541 additional Covid-19 infections this afternoon afternoon. Most of them are migrant workers from the local seafood industry. The Mahachai Shrimp Market on the coast of Samut Sakhon, just south west of Bangkok, is the hotzone for the current cluster.

A curfew is in place in most of Samut Sakhon with restrictions on travel for provincial residents. Many of the migrant workforce from the local fishing industry has also been confined to their living quarters or transferred to field hospitals.

The additional 541 infections brings the total in the province to 2,400, including 448 migrant workers who were diagnosed through contact tracing, and another 7 at local hospitals. The remainder of the new cases were Thais.

The astonishing new number will be added to tomorrow’s total when the daily briefing for the media is made around 10am in Bangkok by the Centre for Covid-19 Situation Administration. The previous highest daily report of new cases in Thailand was 576 cases on December 20. Tomorrow’s total will certainly be a new record high for the country based on the new infections announced over the past week.