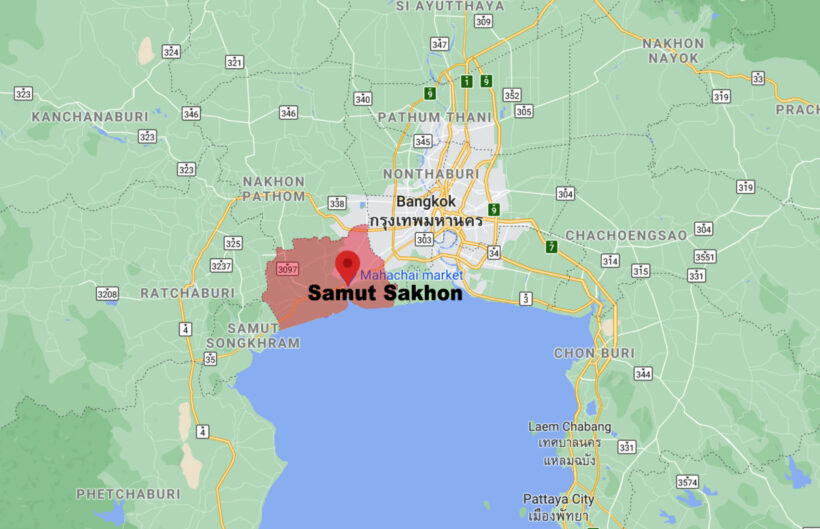 UPDATE: Some publications are announcing Saturday’s daily total in Thailand as 576. We will update the precise number as more information becomes available.

Thailand’s CCSA has announced more than 500 Covid-19 cases among migrant workers at the centre of its seafood industry, on an enormous 1-day rise in a country that had gone into mild panic after just 1 or 2 daily community cases in recent months. Samut Sakhon, just south west of Bangkok, has been put under a lockdown with a curfew imposed from 10pm – 5am daily. The curfew went into effect last night and will last until at least January 3 in the wake of the new surge.

Samut Sakhon is a hub for Thailand’s fishing industry with tributaries running from the Gulf of Thailand. Four infections were reported at a shrimp market last Friday. The first case was a 67 year old woman – a vendor at a local fish market.

Preciously Thailand’s highest number of daily reported cases was 188 on March 22 this year. 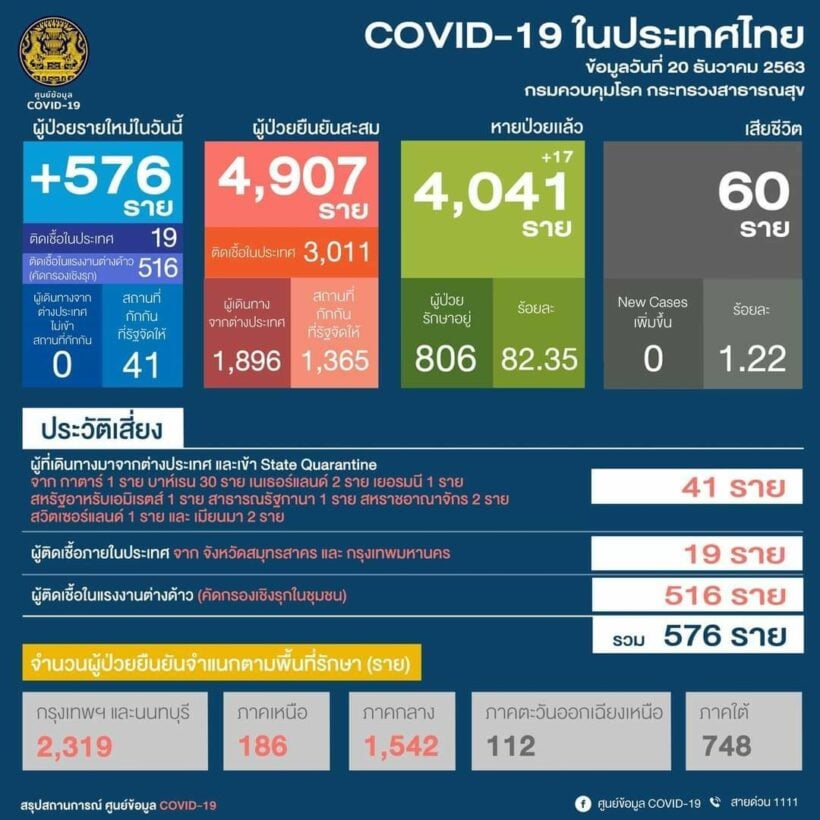 The centre for the current outbreak has focussed on Burmese migrant workers in Samut Sakhon’s coastal fishing markets and industry. Fishing workers from Myanmar form the vast majority of the new cases. Myanmar has suffered a far worse outbreak of Covid-19 than Thailand having reached a total of 115,187 detected cases, after being at a total of 919 cases on September 1.

Thailand is among the world’s 10 largest shrimp and fish exporters.

“The effect will be minimal as the infections occurred in young and strong migrant workers.”

More than 550 new cases were reported, a huge surge to Thailand’s total of 4,800 cases which includes 60 Covid-related deaths in the country of 69 million. Thailand’s Covid-19 case load has been fewer than any country with such a large population, except Vietnam.

The DSD says there is a high likelihood of finding more cases within the migrant fishing community. The province has now been ordered closed until January 3 and put under a 10am to 5pm curfew. The major southern route from Bangkok goes straight through the middle of the province although there are other routes that can be taken to the north of Samut Sakhon.

Samut Sakhon’s Governor Wirasak says the surprising the number of infections was “more than expected”.

Nearly 1.9 million Burmese workers were accounted for in Thailand in 2019, although the real number could be twice as many. Another recent outbreak was traced to both Thais and Burmese who crossed the porous northern border points illegally.

The surge in cases, so close to Bangkok, comes just as the country is trying to reboot a tourist industry that has been devastated by the government’s reaction to the pandemic, with border closures and travel restrictions.