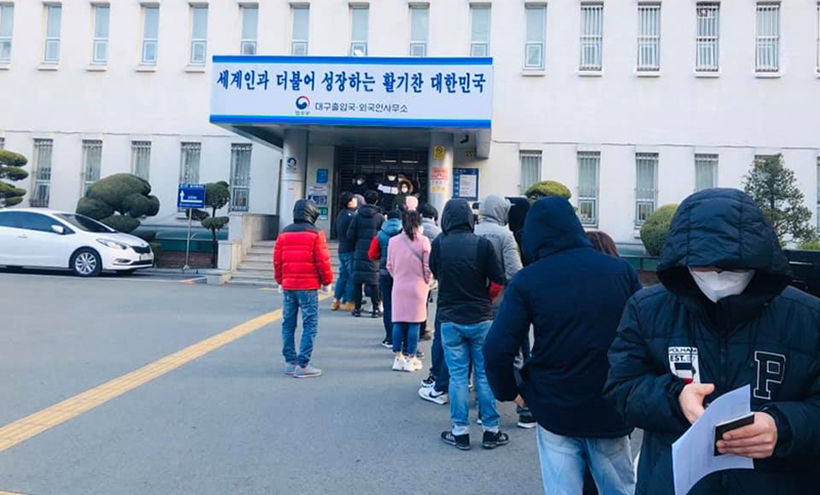 Health officials announced today that 300 more Thai citizens, dubbed “phee noi” or “little ghosts” in Thai, will be repatriated from South Korea over the next two days. 135 immigration detainees, accompanied by South Korean health officials, will depart tomorrow on a Jeju Air chartered flight from South Korea at 5pm Thai time. The flight will arrive at BKK at 9pm.

165 more passengers certified by the Royal Thai Embassy in Seoul, who were delayed due to Thailand’s international flight cancellation policy, will follow on April 15. Their flight from South Korea will arrive at Suvarnabhumi Airport at 1opm. The Thai passengers on both flights from South Korea will be transferred 10 14 days of government-sponsored quarantine and care.

The 300 returnees are part of the estimated 5,000-10,000 (some put the number as high as 140,000) Thai workers fleeing South Korea to escape the spread of Covid-19, when the country was a virus hotspot, but South Korea has managed to control the spread better than most nations and is now held up as an example or agressive testing and containment. South Korea declared an amnesty for the Little Ghosts, most of whom are thought to be prostitutes and agricultural workers among the thousands of Thais who work illegally in the country on tourist visas.