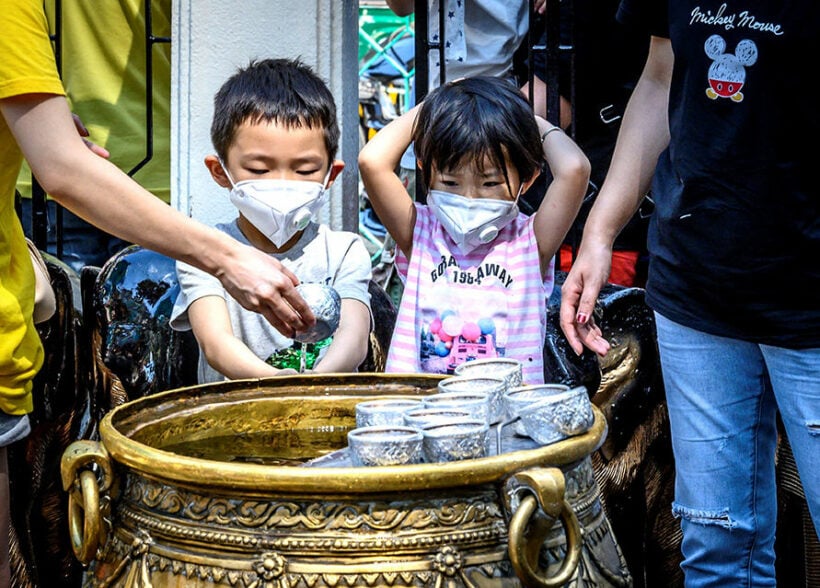 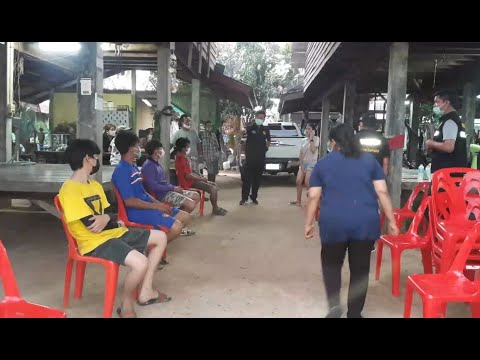 Health officials confirmed 28 new cases of the Covid-19 coronavirus in the country today as the trend continues down.

Today’s total brings the reported country total to 2,579 since the outbreak began in January. There were also 2 additional deaths announced today, bringing the national tally to 40. Today’s new infections are fewer than yesterday’s 33, marking it the fifth consecutive day of declines since a spike of 111 cases on April 8.

Of today’s cases, 12 are in Bangkok, 6 in Phuket, 2 each in Chon Buri, Satun and Yala provinces,  and Nonthaburi, Nakhon Phanom and Chumphon each had 1 case.

The postponement of this year’s Songkran festival, and the water fights that go along with it these days, didn’t stop 4 enthusiast teenagers in Roi Et, in far north eastern Thailand to disregard the orders and have their own celebrations, water and all. But their enthusiasm to live-stream their activities led to their eventual downfall. You see the local police have smartphones too. One of the four was boasting that he was the son of one of the leaders in the local municipalitly and that no one would dare arrest him. Well, police did arrest the other three, but the son of the local leader, who goes by the name of Tee, has gone missing at this stage, along with the rest of the family.

The fallout from the Covid-19 crisis has not only flattened property sales in the short term, it’s also causing problems for people who bought a property with a guaranteed rent return. Some of the published promised returns were up to 10% a year. But without people staying in the managed property rooms, there are no customers and, well, no returns at the moment.

At least three of these managed property developers have told their buyers this week that they can’t pay the guaranteed returns. Expect more hard-hit developers and hotel groups to follow suit in coming weeks and months.

Education minister does U-turn on ‘tablets for students’ plan

The government has done a swift U-turn on last week’s plans to purchase tablets for Thailand’s students for home learning during the Covid-19 crisis.

He said.. “We will ask for digital TV channels from the National Broadcasting and Telecommunication Commission for teaching via Digital Learning Television instead.”

Last Wednesday the minister said he would seek a budget from the government to purchase tablets for high school students in state schools across the country.

Another proposed “One Tablet per Child” program was ditched by the military government shortly after they came to power in 2014. 4 billion baht had been allocated for the program at that time.

The show must go on! But perhaps not at the moment. Police in Chon Buri province, southeast of Bangkok, arrested dozens of people in a raid on an underground “cam show”

The arrests happened at a luxury home in Pattaya just after midnight yesterday.

They were allegedly performing shows over the internet for members of online applications and websites involving cabaret, gambling, interviews and entertainment.

All 32 have been arrested and detained under the Emergency Decree currently in effect in Thailand to help prevent the spread of the Covid-19 coronavirus.

Education minister does U-turn on ‘tablets for students’ plan