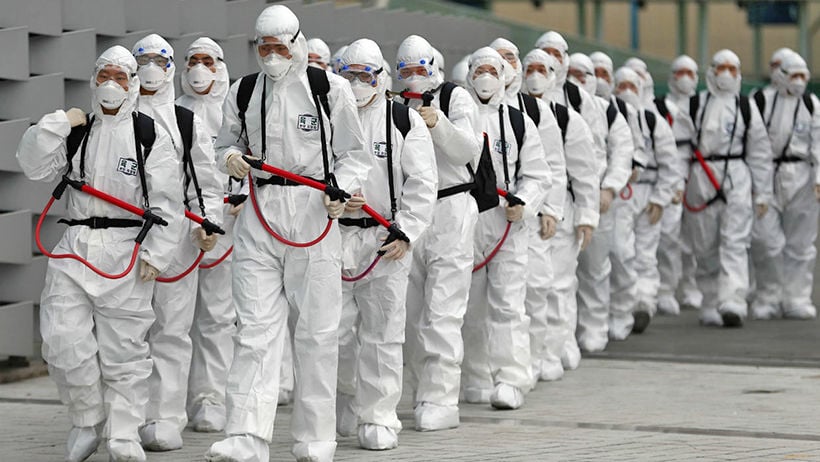 Thai social media is abuzz  with fears that some of the roughly 5000 Thai nationals preparing to return from South Korea may carry the COVID-19 coronavirus, which has now killed 17 people there and 2979 worldwide. Most of the 5,000 are thought to be Thai prostitutes and agricultural workers among the thousands of Thais who work illegally in the country on tourist visas.

One online site, Drama-Addict, says the returnees be should kept away from the general population, some netizens even suggesting the “Phee Noi” (little ghosts in Thai) be sent to a remote island for a two week quarantine. Some 5,000 workers are in the process of returning to Thailand from Korea. Among these, 136 are believed to be coming from Daegu, where the outbreak has been most severe.

South Korea has declared an amnesty for Thais overstaying in the country: those who turn themselves in from now until the end of June will not be fined or blacklisted, according to Thai Rath.  Korean media reports that authorities are giving appropriate medical treatment to Thais regardless of their legal or status in the country.