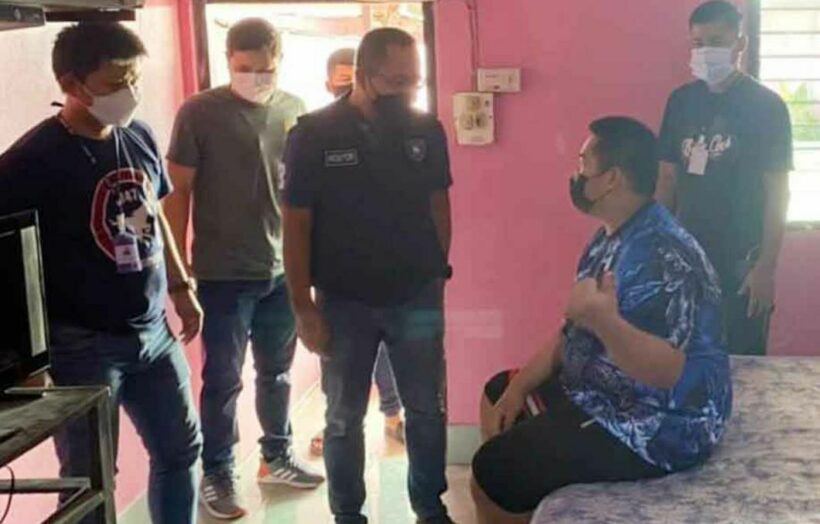 PHOTO: A 20 year old was arrested for an online vaccine scam (via Bangkok Post)

A 20 year old man was arrested in Prachin Buri province after allegedly swindling at least around 50 people online in a fake vaccine scam. The man was arrested by the Technology Crime Suppression Division on Tuesday after using Facebook to collect orders for Covid-19 alternative vaccines that didn’t exist. This is the second vaccine scam in the province in the last 2 weeks.

The young man was arrested after being tracked down to a hotel room in Tambon Ko Somboon of Si Maha Phot district on Tuesday. He was reported to have confessed to posting in several groups on Facebook claiming he had access to vaccines like Sinopharm or Moderna that are considered alternative as they are not part of the government’s official vaccination program.

The posts claimed that he had a connection and had ordered vaccines through private hospital purchases, as many have now ordered Moderna and Sinopharm vaccines for private sale now and in the coming months. The ads were selling 2 doses of the vaccine for 3,300 baht total.

About 50 people filed complaints about his Facebook post scam that many people fell for and transferred money to the man in order to secure their non-existent vaccine. He is believed to have collected about 200,000 baht running this scam. When questioned, he said he had been running the con for about 3 months and unlike many recently who said they were in desperate need because of Covid-19 and turned to crime to survive, he had spent all the profits on online gaming and on himself.

The 20 year old faces charges of defrauding the public and violating Thailand’s strict Computer Crimes Act by posting false information online. He is now being held in Nakhon Ratchasima, in the custody of the Chok Chai police, while awaiting prosecution. Surprisingly, this was the young man’s second time being arrested for online scamming after a previous conviction that resulted in a 3 year sentence that was commuted after he served one and a half years and was released last September.

Bluesofa
43 minutes ago, lopburi3 said: 4 hours ago, Bluesofa said: That's a good point, we should have clearer reporting from a native English speaker, even if it was translated from Thai. The linked Bangkok Post has below wording: Quote He…

Poolie
13 minutes ago, Bluesofa said: That makes it more ironic surely. More of a waste of time, over a typo.

Bluesofa
2 minutes ago, Poolie said: More of a waste of time, over a typo. Just depends if you're interested or not.

Poolie
3 minutes ago, Bluesofa said: Just depends if you're interested or not. I tend to gloss over typos.

BuffaloWhisperer
The scammers seem to be getting younger with every story.