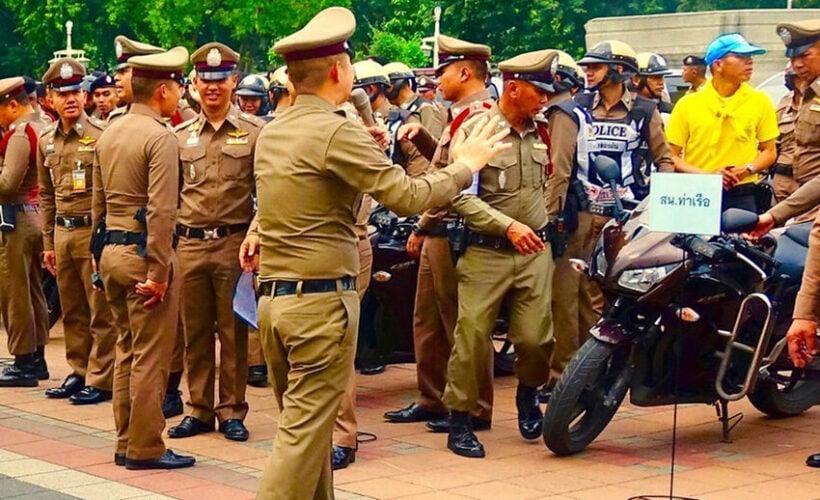 2 senior police officers in Bangkok’s fashionable Thonglor district have been transferred pending an investigation into a Covid-19 cluster linked to pubs and clubs in the area. According to Thai PBS World, the superintendent of Thonglor police station, Duangchote Suwancharas, and the inspector for suppression affairs, Thanakorn Ngamyen, were re-assigned to the operations centre of the Metropolitan Police Bureau’s 5th Division yesterday.

The transfers were ordered by the commander of the 5th Division, Sophon Sarapat, who has placed Kampanart Arunsri in the role of acting superintendent of Thonglor police.

The pubs and clubs of Thonglor are popular with “Hi-So” Thais, including celebrities, politicians, business figures, and senior government officials. The third wave of Covid-19, currently surging across the country, is thought to have sprung from Thonglor’s party scene. Revellers at the district’s nightlife venues are being blamed for a rapid rise in infections which has now led to over 1,000 infections in Bangkok alone. The highly contagious UK variant, aka B117, was also detected in the Thonglor cluster.

Bangkok officials are planning a number of field hospitals to cope with a rise in infections that may lead to bed shortages in the capital’s hospitals. Several facilities in the city have suspended Covid-19 testing amid speculation they have run out of beds. Everyone who tests positive for the virus is admitted to hospital for quarantine and treatment purposes, even if asymptomatic. This is believed to be contributing to the bed shortage, but officials say they have no intention of changing a policy that has previously enabled them to contain the virus more effectively.

A new field hospital is set to open near Bangkok City Hall at the sports stadium in the Bang Bon district today.

Officials say 3 other field hospitals are ready and a number of hotels, many of which have already served as alternative state quarantine facilities, will also operate as “hospitels”, housing asymptomatic patients and those with only mild symptoms. City officials say that between them, the field hospitals and hotels can accommodate up to 5,000 patients.

Off to a field hospital? Here’s what to pack