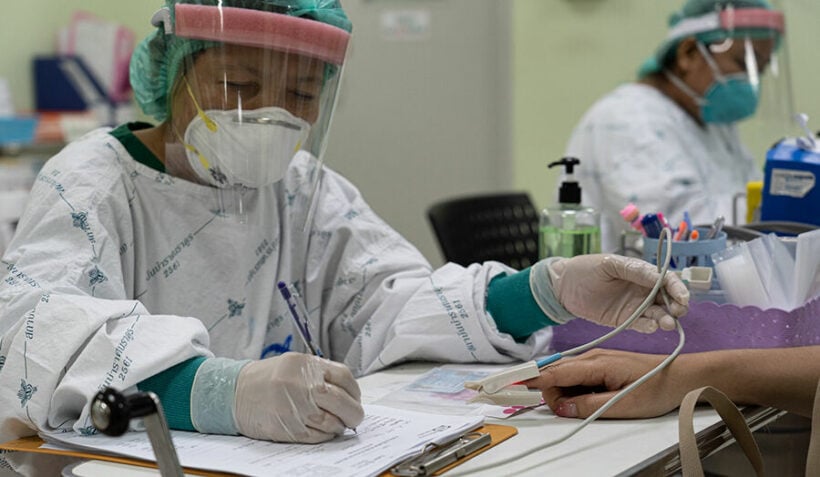 The Thai military is to set up 10 field hospitals in Bangkok, amid fears that medical facilities in the capital are running out of beds. Between them, the field hospitals are expected to provide an additional 3,000 beds. As infections continue to rise in Bangkok, a number of hospitals have confirmed they are no longer offering Covid-19 tests, amid speculation that they have no space to accommodate patients who test positive.

According to the Bangkok Post, the Defence Ministry has confirmed that the army is acting on an instruction from PM Prayut Chan-o-cha to open a number of field hospitals to cope with a surge in infections, arising from the nightlife cluster in Bangkok’s Thong Lor area.

Ramkhamhaeng Hospital has already announced on its Facebook page that Covid-19 testing is being suspended as it does not have enough beds for infected patients. The hospitals is asking everyone who has booked a test to reschedule. Samitivej Srinakarin Hospital says it too has suspended testing but says it’s because it’s run out of testing equipment.

However, Pakpoom Dejhasadin, the medic behind the popular Mor Lab Panda Facebook page, claims that hospitals are suspending testing due to a shortage of beds rather than a lack of testing supplies.

According to Channel 3 News, 6 hospitals in the capital have announced that they are no longer offering Covid-19 tests. They are Samitivej, Ramkhamhaeng Hospital, Phyathai 2, Piyayate, Petcharavej, and Sukhumvit Hospital.

Latest guidelines for all non-tourist visitors to Thailand, through Phuket