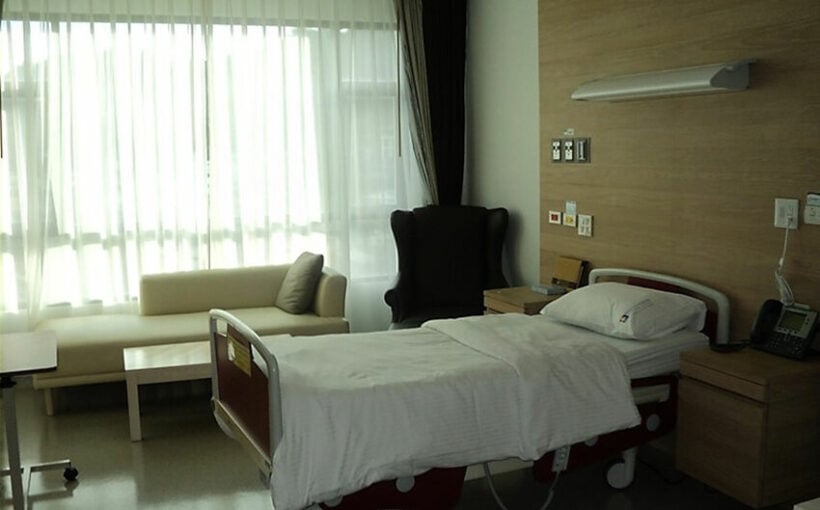 Health officials insist that, despite rising infection rates, there is no plan to allow people who test positive for Covid-19 to self-isolate at home. Currently, everyone found to be infected is admitted for hospital treatment, even if asymptomatic.

Opas Karnkawinpong from the Department of Disease Control says the policy limits the number of patients who go on to transmit the virus to friends or family, thereby controlling the spread more effectively. Addressing a press conference yesterday, Opas insists there are no plans to allow patients to self-isolate at home, despite reports that many hospitals have run out of beds.

According to a report in The Pattaya News, Opas says field hospitals are being created in many areas and the government is implementing a “hospitel” plan, whereby hotels would be used to house asymptomatic patients and those with very mild symptoms. It’s understood that many of these facilities already serve as alternative state quarantine or local state quarantine hotels for those returning from overseas.

Meanwhile, Opas states that all Thais and migrant workers can get a free Covid-19 test, adding that 3 billion baht has been set aside for this. However, foreign nationals will have to pay to be tested, unless they are identified through the contact-tracing procedure, whereby health officials believe they may have been exposed to the virus.

According to the Pattaya News, some Thai media outlets are reporting that people are hesitant about coming forward for testing due to having to be hospitalised if they test positive. It’s understood many foreign nationals in particular are reluctant, as they would be required to pay for their hospital stay.