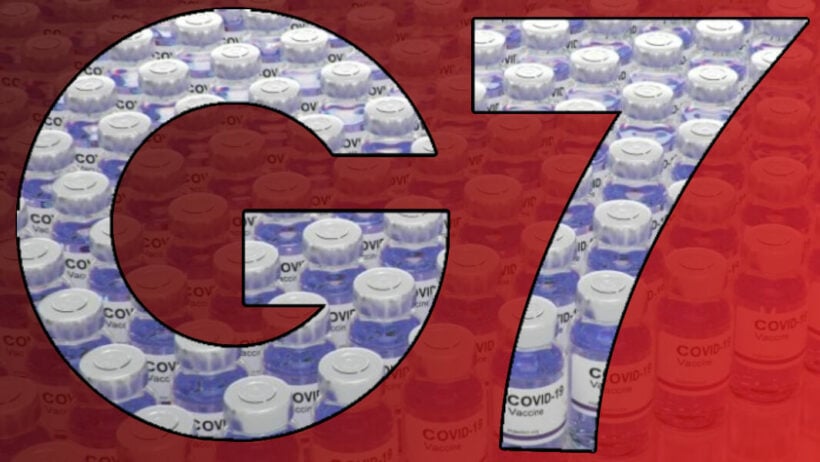 PHOTO: The G7 pledged to donate 1 billion vaccines to countries in need. (via Wikimedia)

During the ongoing G7 meeting, leaders of the member nations have pledged to provide 1 billion Covid-19 vaccines to countries in need over the next 2 years. The summit taking place in Southwest England now vowed 5 million vaccines in the next few weeks and 100 million more within the next year.

The need for wealthy nations to contribute to vaccination efforts for poor countries that can’t afford to vaccinate all their citizens is apparent as a gap is growing between rich and poor nations in their vaccination levels. Charities predict that without wealthy countries distributing Covid-19 vaccines with developing nations, a sort of vaccine apartheid will grow.

The United States had previously vowed 500 million vaccines to countries in need and at the G7 summit reiterated this pledge to provide vaccines for 92 poor and lower-middle-income countries around the world. Member nations of the European Union have joined the vaccine drive and pledged at least 100 million vaccines by the end of 2021 as well. Germany and France led the charge, with each country promising 30 million vaccines.

The UK has now followed suit after previous criticism that they have not donated any vaccines to help outside the United Kingdom. The country announced at the G7 summit that they have ordered 400 million vaccines, and have now promised 5 million jabs to be sent to the poorest countries in the world by the end of September. They pledged an additional 25 million vaccines by the end of 2021 and a total number of 100 million doses donated within the next 12 months.

British Prime Minister Boris Johnson announced the intentions, saying that as mass vaccinations have turned a corner in the UK, the country is now in a position to help the world.

“As a result of the success of the UK’s vaccine programme we are now in a position to share some of our surplus doses with those who need them. In doing so we will take a massive step towards beating this pandemic for good.”

At the G7 meeting, some of the world’s most powerful leaders banded together to make the pledge of 1 billion vaccines to be donated worldwide. The plan is to expand the vaccine manufacturing systems and share vaccines as well as financing assistance to get jabs out to all corners of the Earth.

80% of vaccines donated would go to the World Health Organisation’s Covax scheme, which would fairly distribute resources globally. The leaders spoke of hope to vaccinate the world and bring back a recovery stronger than before by the end of next year.