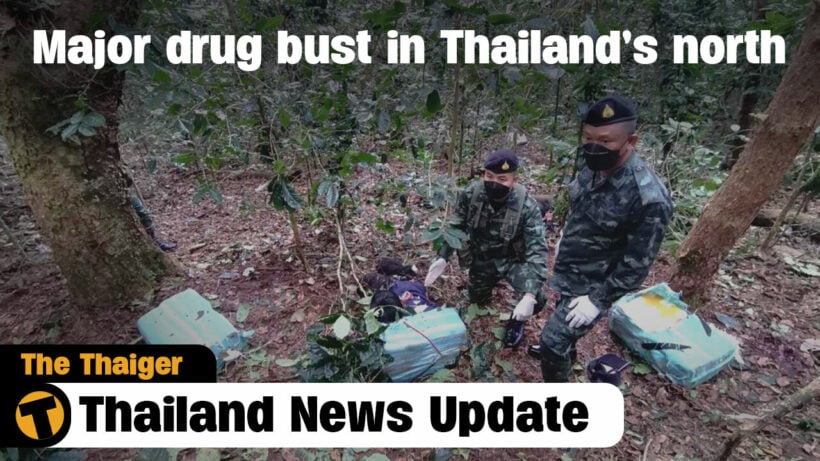 Thailand’s Federation of Thai Industries has expressed concern about the impact a rise in the minimum wage could have on small and medium-sized businesses. The federation says if a proposal to increase the minimum wage to 492 baht goes ahead, it will have a severe impact on such firms. The FTI was responding to a letter submitted to the government by the Thai Labour Solidarity Committee and the State Enterprises Workers’ Relations Confederation. In the letter, both labour advocacy organisations urged the government to implement the minimum wage increase. However, เกรียงไกร เทียนณุกูล from the FTI says the economy has not yet recovered from the Covid-19 fallout and now faces additional pressure as a result of Russia’s war on Ukraine. Despite this acknowledgement, เกรียงไกร says now is not the time to introduce the wage hike, as doing so may further slow the economy and hinder its recovery. In particular, the effect on SMEs could be significant, as they struggle to manage higher costs. He says small and medium-sized businesses are already struggling with the impact of the pandemic and if they are forced to increase wages, many may have to close for good. Instead, he suggests a gradual increase to the minimum wage once the global economy has recovered significantly and once Thai businesses, particularly tourism operators, are in a stronger position. According to the report, the national wage committee is expected to agree a proposal to increase the minimum wage as early as August, although it’s unlikely to approve the proposed rate of 492 baht a day. The last increase, which took the daily minimum wage from 313 baht to 336 baht, was in January 2020, just months before the pandemic struck.***

As the Covid-19 situation appears to ease, Thailand is preparing to re-open 2 border checkpoints in the northern province of Tak. According to a Nation Thailand report, cleaning is underway at both checkpoints, with officials hoping to re-open them by Thursday. One of the booths is at the Mae Sot-Myawaddy checkpoint, located at the foot of the first Thailand-Myanmar Friendship Bridge, in the village of Rim Moei. The second is at the foot of the second Friendship Bridge, in the village of Ban Wang Takian Tai. According to the report, Thai border officials are working with their Burmese counterparts, while waiting for an official response from across the Myawaddy border. Both checkpoints have been closed since March 2020, as a result of the Covid-19 pandemic. It’s understood that in the 2 year period since, the booths have filled with leaves, tree branches, and bird droppings, with workers saying the clean-up operation took some time as a result. Business operators nearby have expressed their delight at seeing the checkpoints preparing to re-open, with shop owners saying they hoped the cross-border traffic would help generate revenue. Apart from travellers and tourists, the borders have mostly been busy with cross border trade between border towns.

The full impact of international fuel price rises and inflation is about to arrive in Thailand. After many months of shielding the full impact of price rises, mostly with a diesel subsidy which capped the pump price at 30 baht a litre, the prices are now set to soar. The government’s diesel subsidy has been in place since last October but the cap, keeping the price at 30 baht a litre, finished at the end of April. After threatening that the price could rise to 40 baht a litre, the Thai Energy Minister has now arrived at a new cap of 32 baht, still heavily reliant of a dwindling pool of subsidy funds. But he’s warned the cap and government subsidies can’t last forever. Most of Thailand’s transport logistics rely on diesel fuel, so any increases of fuel costs will impact almost anything that is delivered from one place to another. So that’s EVERYTHING. Economists fear that the Thai government, allowing fuel prices to gradually rise, will heavily impact the recovery of businesses and household spending. The Energy Minister, in raising the diesel cap from 30 to 32 baht said that the cabinet will make the rises at the pump incremental. Now trucking and delivery companies are looking to urgently upgrade some of their business and logistics practices to try and contain at least some of the rising fuel costs.

8 suspected drug traffickers have been shot dead in a firefight with Thai drug and border police that took place in the early hours of the morning in a Chiang Rai jungle. Security forces have also seized around 6.7 million methamphetamine (yaba) pills in the operation. It’s understood the Thai troops were on patrol in the แม่ฟ้าหลวง district of Chiang Rai, around 5 kilometres from the border with Myanmar, when they encountered 10 men. According to the report, several of the men were armed and carrying heavy backpacks. Suspecting them to be drug traffickers, the Thai forces ordered them to stop in order to be searched, at which point, the men began to fire at them. This led to a 10 minute gunfight. The border patrol had to wait for daybreak in order to search the area, when they found the bodies of 8 men at the scene, along with several abandoned backpacks. Inside the packs, they found 6.7 million yaba pills. According to the report, the dead men are believed to be from one of Myanmar’s ethnic minorities. Thailand’s northern border with Laos and Myanmar, better known as the Golden Triangle, is a hot bed of methamphetamine production.

The 13th International Particle Accelerator Conference is being held at the Impact exhibition and convention centre on the north side of Bangkok. Over 1,000 delegates and 70 industry exhibits are expected to be at this event. But the scientific minds are being distracted from matters of particle acceleration and quantum physics to dressing “appropriately” for the event. The dress code infographic has been issued due to the attendance of HRH Princess Maha Chakri Sirindhorn who is opening the event and attending the first two plenary sessions. The organisers have since removed the outmoded dress requirements saying that it will be ‘refined’ before the event. The details for the women were twice as long as for the men with the key word ‘conservative’ and ’no pants allowed’. ‘No tattoos and only pale coloured nail polish’. Skirts were ‘a little below the knee’ and blouses ‘preferably white’.