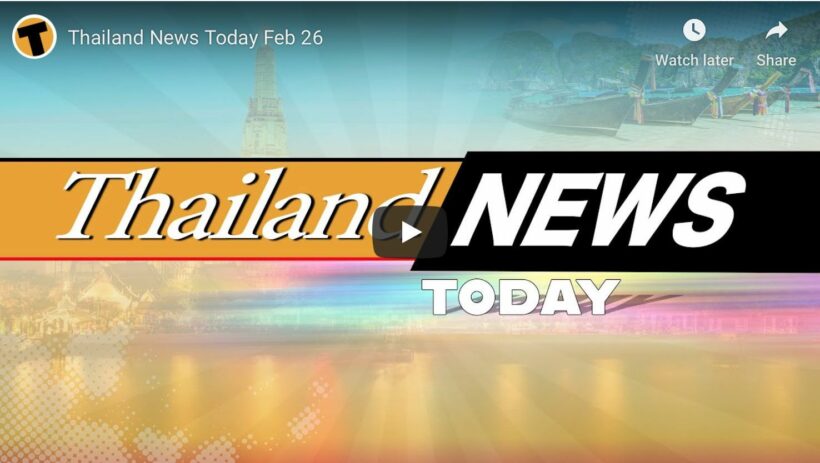 A fugitive is dead after a gunfight with police in the southern province of Nakhon Si Thammarat. The 30 year old man, from the province’s main city district, was wanted on three warrants for theft. Police were notified today about two thieves attempting to break into a house. When police arrived, the two opened fire before fleeing. One of the burglars ran into a house and attempted to take a student hostage, but the boy freed himself and ran away. The man started firing on police and a gunfight erupted. He was shot several times before being arrested. He was rushed to hospital, where he was pronounced dead.

An opposition MP says he’s holding PM Gen Prayut Chan-o-cha responsible for a network of social media that have been allegedly running a cyber campaign against critics of the current government. They accuse the PM and supporters of the government about spreading fake news and derogatory comments about them. An MP of the now-disbanded Future Forward Party, Viroj Lakkana-adisorn, says the ‘network’ includes specific websites and social media that’s been targeting leaders and supporters of the opposition political party as well as human rights activists in the violence-hit southern regions of the country. Viroj was addressing the allegations during a no-confidence debate in Parliament.

Yesterday, a group of Chevrolet car buyers submitted a letter to Chevrolet Sales (Thailand) at the company national HQ at Rasa Tower, in Bangkok’s northern suburbs. They were demanding the company should compensate them for having bought their cars at full price, just before Chevrolet announced it was pulling out of manufacturing cars in Thailand. Specifically they were complaining about paying the full price after Chevrolet announced a promotion to sell their backlog of vehicles at nearly 50% off, the day after the announcement. But Chevrolet has responded by saying there will be no compensation.

Bangkok mums and dads will need to sort out what to do with the kids for the rest of the week after the Bangkok Metropolitan Administration closed public schools from today because of the excessive air pollution. Most of the smoke and haze, this time, is blowing in from Cambodia with light easterly winds. All schools under the supervision of the BMA will close until Friday. This afternoon Bangkok has the 8th worst air quality on the world. Even worse, Chiang Mai ranks at number 4 with only Dhaka, Delhi and Lahore, Pakistan ahead of it.

Thai coronavirus cases hit 40, up from 37

Thailand has confirmed three more coronavirus cases, taking the country’s total to 40. Two of the new patients, all Thai nationals, had returned from vacation in Japan’s northern island of Hokkaido and came into contact with the third patient, an 8 year old boy. The male patient had not disclosed his travel history when he first sought medical attention and risked becoming a super-spreader, an incident of large transmission from a single source. Around the world there are now 81,017 confirmed cases, 2,765 deaths and more than 30,000 people fully recovered. The developing hotspots for new cases are central South Korea and northern Italy.