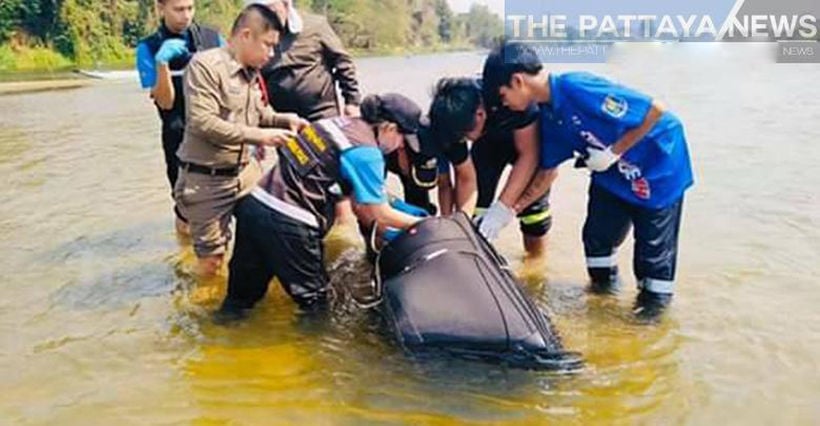 The body of a Chinese man, with arms and legs bound, stuffed into a suitcase, has washed up on a sandbank in the Ping River in northern Thailand’s Kamphaeng Phet province. The body was doubled over and the ankles were tied with plastic cable ties. Red rope encircled the arms and legs.

Police believe the man was 30 year old Jun Wang, who had arrived on February 12 with a group of fifteen other Chinese nationals who visited Pattaya. The remainder of the group left the country on February 14, but Jun stayed on.

Police are investigating the connections the man had with the group and his reported residence in Pattaya.

A one kilometre stretch of the river was searched for an hour for additional clues.

An autopsy is being carried out at a forensics center in a hospital in Phitsanulok province and the cause of death is expected to be announced soon.