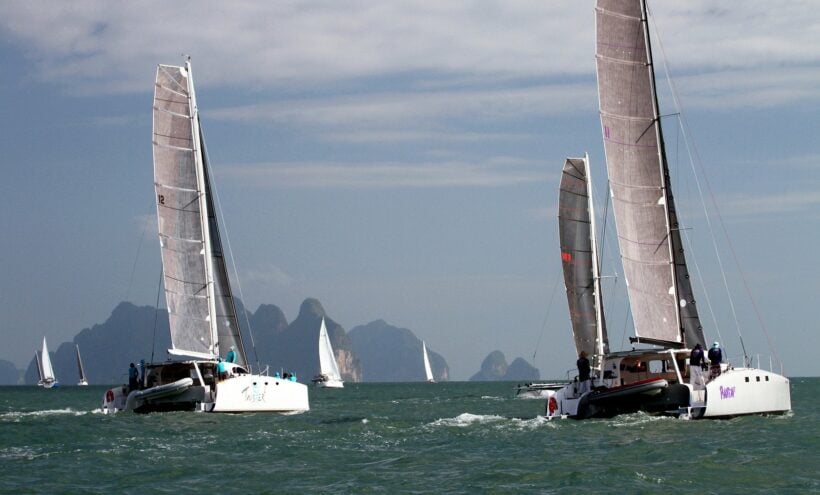 A strong line-up of 33 boats and almost 300 sailors from around the world competed in 21st edition of The Bay Regatta from January 31 to February 4, 2018. A travelling regatta that sails through three of Thailand’s most beautiful provinces – Phuket, Phang Nga and Krabi – and stays at different anchorages each night, participants came from far and wide to take part in what has become one of the region’s favourite regattas.

After four days of passage races through the Phang Nga Bay archipelago and stunning islands off Krabi’s coastline an impressive 2,1,1,1 scoreline for Sergey Khamstov’s Megazip saw them claim the Racing Class title. This is the second year running Megazip has won, though last year Aleksandr Trofimenko was at the helm. Well known on the AsianYachting Grand Prix for his past wins, Steve Manning and his crew raced Red Rum into second and with it foiled a Russian one-two, Vitalii Plaksin and his Uminoko crew winning the tie-break to place third.

The cruising fleet was split into Cruising A and Cruising B, and it was the ladies team on Niels Degenkolw’s Phoenix that proved the one to beat. A 1,1,2,1 secured them first place in Cruising A Class, five points ahead of Prime Factor with Southern Breeze 3 who claimed third with an excellent second place in the final race.

In Cruising B Class it was the all Thai crew on Marigold, skippered by Ket Mangklaseranee, that dominated with a 2,1,1,1 series to finish top of the standings above Mig Wehrle’s Aqua in second and Paul Baker’s Isabella in third.

The Bareboat Charter Class saw a number of race retirements in different races during the series, however, George Brown’s Kinnon finished all and with it placed first overall. Despite retiring in the final race of the series Denis Aksenov’s Venture held on for second overall just one point ahead of Russell Waddy’s Allsail Kingsman in third.

Phang Nga Bay provides one of the most spectacular regatta backdrops in the world and with good breeze the multihull fleet were flying hulls and enjoying some exciting racing. Dan Moore’s all-carbon Fugazi scored line honours in every race and claimed a record 2h 6mins on the final race from Krabi to Phuket, however, with handicap applied they couldn’t finish on the Multihull Racing Class podium. The overall win went to John Newnham’s Twin Sharks and his tight-knit crew who had a few tricky moments high up with one hull of their Firefly 850 Sport out of the water, but they held on and sailed four great races to finish top of the 10-boat class. Alan Cawardine’s Asia Catamarans Hurricane finished second and George Eddings’ Blue Nose was third.

Although slower than some, there was still plenty of racing between the Multihull Cruising Class competitors and it was Robert Hossack’s Raptor 2001 that had the edge claiming the class win from Rick Fielding’s Mojo. 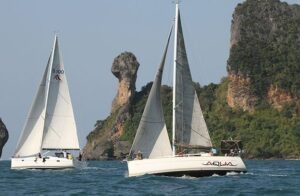 Top three results in each class: 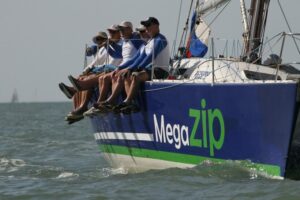 More than a thousand herons and egrets visit Krabi during winter