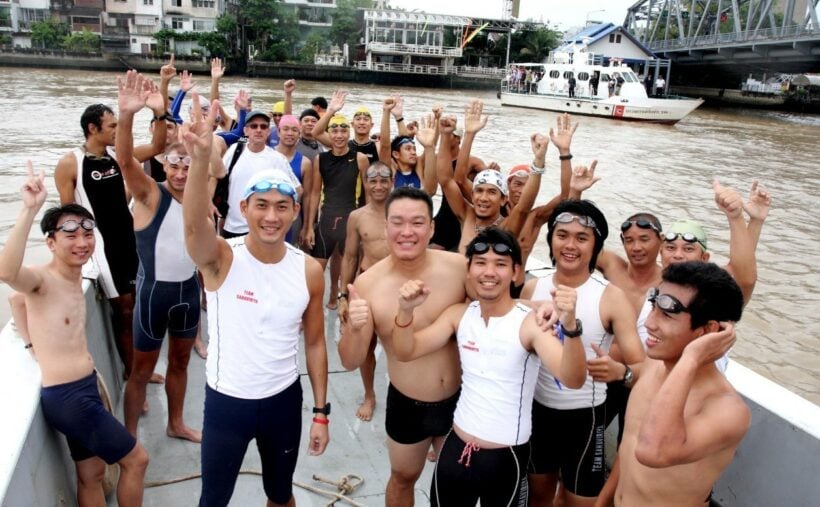 The running season is picking up pace (pun intended) in July with several races taking place around the country. The Sahaviriya-Bangkok Triathlon 2018 is back on July 7-8 after two years hiatus. The ultimate Bangkok race, it takes participants through a gruelling swim in the Chao Phraya river, a bike ride through the city’s back alleys and corridors, and a run along the streets in the heart of the city. Three shorter variations will be held on Saturday July 7, while the real challenge – a 1.5km swim, a 54km bike and a 10km run – taking place on Sunday, July 8.

The following weekend, on July 14-15, one of the toughest events on the racing calendar, the 100 Miles Thailand, takes place in the region around Chiang Rai. With distances up to 200km, and a number of shorter distances and relay races, 100 Miles Thailand is the ultimate when it comes to endurance running.

Less taxing is the Pattaya Marathon, which takes place on July 15. Held for the 27th time, the race is popular with both locals and foreigners and regularly attracts international runners who enjoy a day in the seaside resort. Apart from the Full Marathon distance, participants can also compete in a Half Marathon, a Quarter Marathon, a Micro Marathon Wheelchair, a Micro Marathon Student, and a Micro Marathon Fun Run.

Later in the month, on July 22, the Thale Noi Roi Run 2018 will take runners through the picturesque region of Phattalung Province, crossing the bridge over Thale Noi Lake and offering 360 degree views over Songkhla Lake along the route. It is a great way to explore a part of southern Thailand off the beaten track.

Related Posts  Top 8 Things to do in Phuket

And lastly, for those who are more into trail running, the annual Columbia Trail Masters 2018 takes place in Wang Chan in Rayong Province on July 29. The race is popular with nature conservationists due to the commitment to conservation, community building and sustainability; for every ticket purchased, Columbia will donate 100 baht to a local community awareness programme and match the total donation amount. Now, if that doesn’t get you moving, we don’t know what will.

If sailing is more your thing, head to Phuket on July 18-22 for the annual Cape Panwa Hotel Phuket Raceweek. Centered around the 5-star Cape Panwa Hotel on Phuket’s southeast coast, the event is held for the 15th time and aims to promote Phuket as a premier sailing destination as well as support the island’s tourism industry during a time when the island is generally less busy. Previous years has seen as many as 40 boats participate, attracting hundreds of sailors from more than 20 countries.

Keeping with the wet element, the Kek River Rafting Festival is for those seeking a little adrenaline rush. Starting in July and running through October, the festival takes advantage of the rainy season when the river swells and offers exhilarating rapids during its 8km course.

If quiet time with a good book fits more with your idea of fun, the 3rd Chiang Mai Book Fair should get your attention. With more than 200 publishers attending and 10 renowned authors invited to give talks, the fair also features a cosplay contest, a tales teller competition, workshops and much more. Chiang Mai Book Fair is on until July 8 at Central Plaza Chiang Mai Airport.

July is usually the month where many go abroad for the summer holidays. If holiday is not on your agenda, however, don’t despair. You can still experience a bit of foreign culture at the Bonjour France showcase at CentralWorld from July 12-15. Organised by the Franco-Thai Chamber of Commerce, the fair showcases products ranging from cosmetics, fashion, interior design and gourmet food and beverage. See you at the pastry stand!