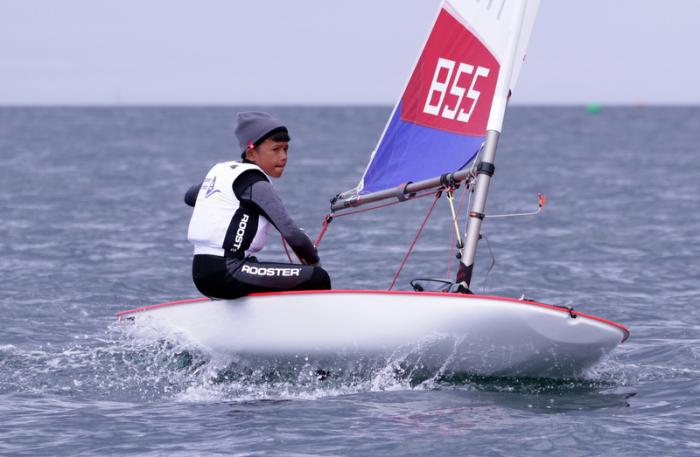 While this is a big deal in itself, the fact that these children come from underprivileged backgrounds makes this even more commendable.

PYSC is a non-profit sailing club giving Thai orphans and underprivileged children the opportunity to learn sailing. Coached by an English couple, Katy & Paul Gooch, not only do the children learn a new sport, but also spend time practicing and improving their English, a valuable skill that will certainly help them in the future.

Gold medalist Natthapong (Max) Yuang-Ngam joined the PYSC in 2010 when he was eight years old, first learning to swim and then to sail, gaining confidence and self esteem along the way.

Racing added another dimension to his sailing, and with the required experience in racing, he competed in his first Optimist Nationals in May 2011.

Max, who lives at Phuket Sunshine Village for children in need, continued sailing in the racing team, training once a week and gaining more experience through club racing and competing at the national level. Through his success in the sport, he was selected to represent Phuket at the Phuket Youth Games and Thailand at the Double Star Regatta, in China in 2012.

He continued to enjoy sailing and racing, and his experience showed through, with him winning the PKCR Optimist Dinghy Series in 2014 and 2015.

Two other sailors joined Max at the 2016 Topper World Championships, with 12-year-old Tanakorn (Peyton) Mervielde, another Sunshine Village resident, placing third overall. Peyton started sailing when he was seven and though still a year shy of becoming a teenager, he already has an international bronze medal under his belt.

Kartoon (Toon) Jundet, now 14, started sailing with Max when he was eight and competed in his first Optimist National aged nine. Toon was also selected to represent Thailand at the Double Star Regatta in China in 2012.

Toon competed in the Topper 5.3 fleet – a bigger fleet with 163 sailors – and did very well to qualify for the Gold fleet, coming 29th overall.

PYSC introduced Topper racing into the Phuket King’s Cup in 2012 and the club sailors have since been enjoying racing the Topper in favor of the Optimist. They still race the Optimists occasionally, as it’s the only junior class for racing in Thailand.

The Topper is a great transitional boat from the Optimist to the Laser, especially for smaller sailors. The introduction of the Topper 4.2 m2 sail allows younger and lighter sailors to enjoy the thrill of Topper sailing.

In the UK, the Topper is a recognized RYA/ISA junior development class and is part of the performance pathway that one day could lead to a place on the Olympic Team, which is mainly why the PYSC has chosen this boat for developing their sailors.

The PYSC is looking to build up the Topper Class and encourage more children to take part in the sport of sailing.