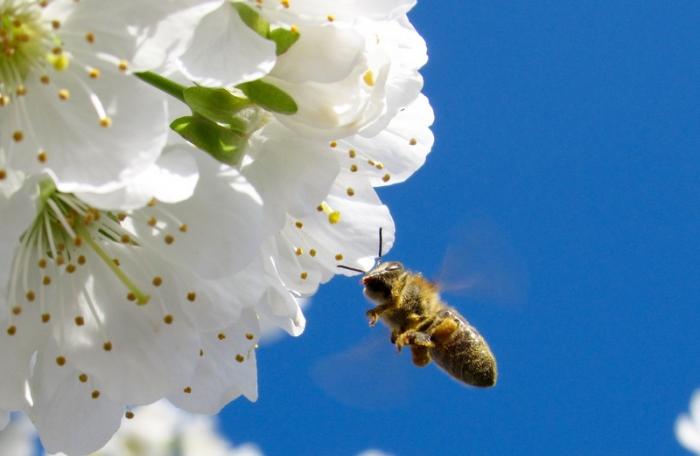 PHUKET: Early the other morning I watched a solitary oleander hawk moth, whizzing from one ruellia flower to another, hovering over each flower for five seconds at a time.

Not only are hawk moths one of the very few creatures which can hover, they also have a three-inch long proboscis, which, like a certain beer, can reach parts that other things cannot – in this case, the nectar inside the bloom. More importantly, each visit to the flower by the moth means pollen grains are distributed from the flower’s male anther to the female stigma, thus fertilizing the future seeds.

The oleander (humming bird hawk moth) can extract nectar from much tighter floral locations such as narrow buddleia or fire bush racemes, but this particular visitor to my garden concentrated entirely on ruellias. After all, it had seven hours to go. Ruellia blooms fall off at three o’clock in the afternoon. Hence its popular name. However, many insects recognize colors as well as smells, and this early bird must have realized that the nectar levels at dawn would be high.

Some insects are specialist pollinators: they are choosy about which plants to extract nectar from. When I had a passion flower vine against the back wall, carpenter bees used to be common in the garden. They are one of the few insects capable of pollinating species of passiflora. That, plus the fact that they loved boring nest holes in my wooden trellis, accounted for their presence.

Of course the main pollinator is still the honey bee, despite declining global numbers thanks to pesticides and colony collapse syndrome. In California, the success of the almond crop – the world’s largest – is dependent on the bee hives which are moved into the almond groves every year before the trees burst into blossom.

Insects are by no means the only fertilizing agents though. Here in Thailand, those shocking pink dragon fruits are the result of visitations by bats. And nectar feeding birds are efficient vectors. In my garden there are two tiny species, sunbirds and slightly larger spider eaters, which flit daintily from bush to bush and thrust their slim beaks into the honeyed centers of flowers such as bell-shaped allamandas and chalice vines (solandras).

It took me a while to understand why the chalice vine trumpets – often fully six inches long – had been neatly pierced at the base. With blooms too long for the sunbirds to reach deep inside, they had resorted to the tactic of a small lateral incision to reach the precious nectar.

In the New World, much pollination is done by birds, especially humming birds. Tiny creatures, they can hover motionless while deploying their long beaks and tongues in search of nectar. Ironically, the incidental, even accidental business of pollen grain dispersal is far more important than the acquisition of nectar. Not that the pollinators would know or care.

Nor are insects, birds and bats the only vectors. With aquatic plants, the process of fertilization is often accomplished without the involvement of other organisms. Pollen grains are dispersed directly into the surrounding water and sometimes end up on the stigma of another plant of the same species. With wind pollination, the grains sometimes travel considerable distances on the wind, rendering a successful outcome even more chancy.

Often random, accidental, even unseen, the whole process is nonetheless crucial to our survival.