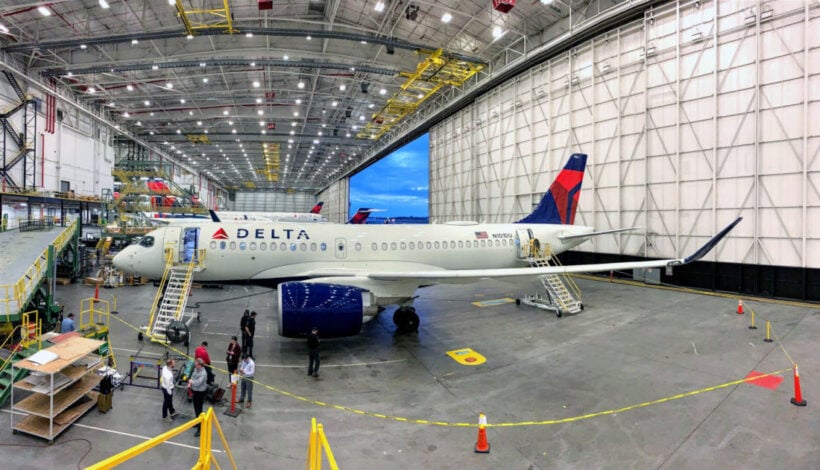 The new Airbus A220 aircraft was touring south east asian countries, including a visit to Bangkok on Friday, last week. Today the aircraft manufacturers officially began manufacturing the A220 in the US. The first team of A220 production workers began work at Airbus’ Mobile, Alabama-based production facility. Some Thai-based airlines, including Thai Airways, are reported to be interested in the new small aircraft as an alternative replacement to some of their fleet.

The A220 is the only aircraft purpose-built for the 100-150 seat market and is claimed to deliver unbeatable fuel efficiency and wide-body passenger comfort in a single-aisle aircraft. The new plane is just a fraction smaller than Airbus’ A320 and Boeing 373 designs and has a 3+2 seating configuration instead of the 3+3 in the other single-aisle aircraft.

The A220 brings together state-of-the-art aerodynamics, advanced materials and Pratt & Whitney’s latest-generation PW1500G geared turbofan engines to offer at least 20% lower fuel burn per seat compared to previous generation aircraft. With an order book of 551 aircraft as of end of June 2019, the A220 has all the credentials to win the 100-150 seat aircraft market, estimated to represent 7,000 aircraft over the next 20 years.

Airbus is producing the first few aircraft within some existing A320 construction buildings and newly built support hangars. The first US-made A220, an A220-300 destined for Delta Air Lines, is scheduled for delivery in the third quarter of 2020. By the middle of next decade, the Alabama facility will produce between 40 and 50 A220 aircraft per year.

The move of Airbus to construct some of the A220 family in the US follows trade disagreements between Canada and the US where the Trump government slapped a 300% tax on the Bombadier-derived C-Series. Airbus bought into the C-Series program with a joint venture, rebadged the plane the A220, ramped up its manufacturing facilities in the US and was then able to sell into the US aircraft market without the prohibitive tax (well that’s a short version of a much more complex trade story). 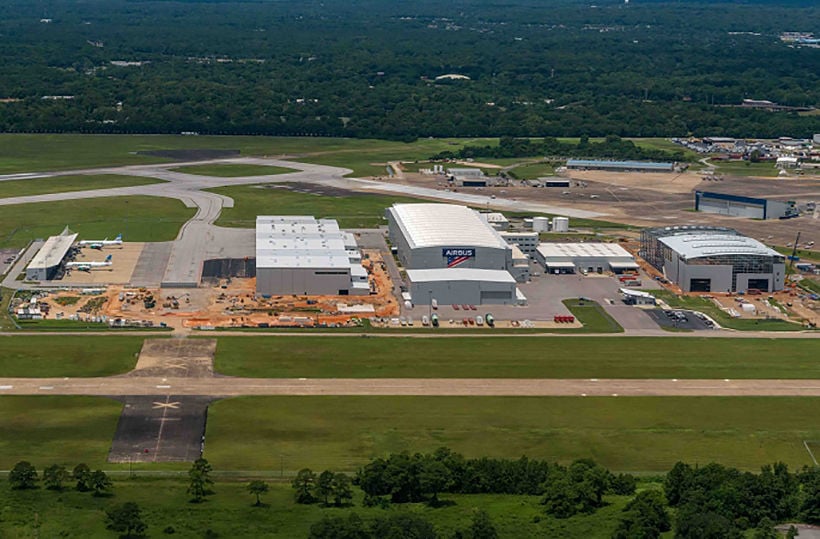 Keep in contact with The Thaiger by following our Facebook page.
Never miss out on future posts by following The Thaiger.
News Categories:TravelWorld
Related Topics:A220AirbusAlabamaaviationBombadiermanufacturesingle-aisleThai Airway
Up Next

PM Prayut Chan-o-cha has expressed serious concerns about the resumption of international travel under the “travel bubble” scheme, stressing that Thailand must implement a vigorous arrivals screening protocol. The scheme is a proposed limited resumption of international travel to and from countries with a reciprocal agreement. The Thai government has indicated it has taken a risk-averse stance with future Covid-19 legislation after largely getting the local outbreak under control in late May, early June. There hasn’t been a locally transmitted case in Thailand for 40 days. Prayut discussed the proposed scheme with the media, saying Thailand must be prepared to […] 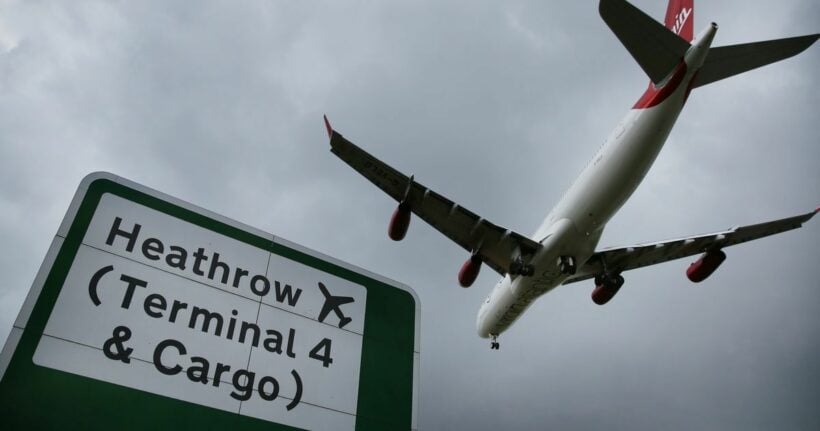 No bubbles, no air-bridges. The UK is ditching the 14 day quarantine plans for people arriving from 75 countries. The UK will shortly lift the ban on non-essential travel to just about all EU countries plus Turkey, Thailand, Australia and New Zealand, as well as territories Bermuda and Gibraltar. The new rules will apply from July 10. Countries like China, US, Sweden and Portugal have been omitted from the list, meaning visitors from those countries will still have to quarantine for 14 days. The list will be updated each 2 weeks as more countries meet the UK’s criteria for entry. […]

Thailand’s minister of tourism and sports says his ministry will target specific provinces in China in a bid to attract tourists back to the resort island of Phuket as travel restrictions are gradually eased. Pipat Ratchakijprakarn says the ministry will not splash out money launching a tourist campaign all across China but rather target some of the many provinces that have brought Covid-19 under control. He didn’t specify which provinces, but said Phuket is being eyed to lead the planned “tourism bubbles” comprising Thailand and its selected partners. The primary target is selected Chinese cities and provinces. “China is the […]