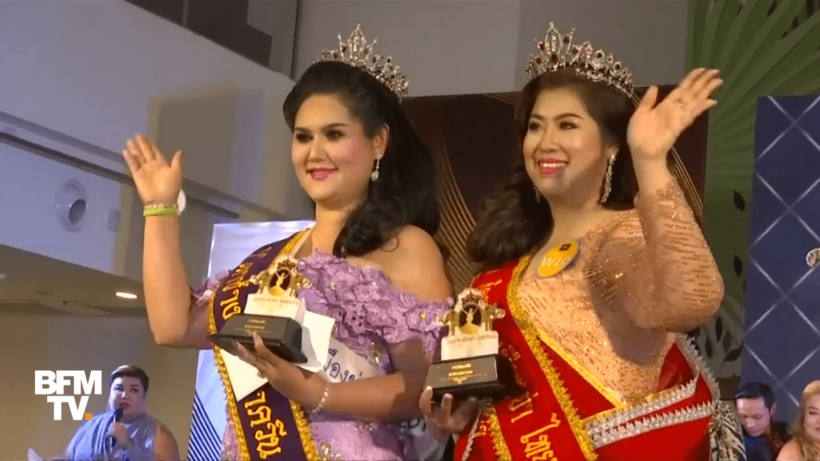 Thailand is become a country of fatties, certainly when compared to the average Thai 20 years ago and in relation to the other countries around us.

A study called ‘Obesity in Thailand and its Economic Cost Estimation’ by the ADB Institute shows that Thailand now ranks Number Two in ASEAN countries when it comes to people suffering obesity. Second only to Malaysia, ahead of more prosperous countries like South Korea, Japan and Singapore.

“Obesity is becoming a global concern because many non-communicable diseases are attributable to obesity. Though it is highly prevalent in developed countries, obesity is quickly growing to be of concern in low- and middle-income countries such as Thailand, primarily due to the potential strain on its limited resources. Given the potential effect of obesity on the Thai health system, this paper discusses the trends, causes, and impact of obesity in Thailand.” 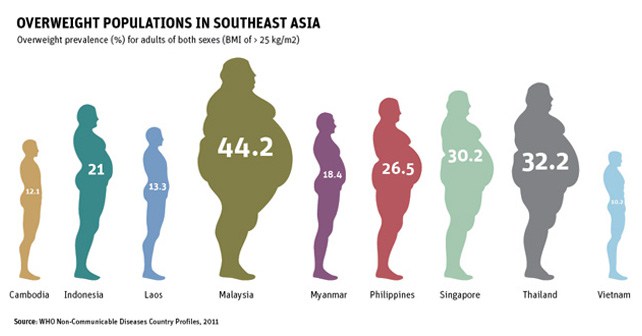 The study suggests that more Thais are becoming obese due to their evolving eating habits which include a great deal more surgery and carbohydrate-fuelled ‘western style’ foods.

It comes as no surprise that the data reflects the contention that obesity is greater among city people who are earning high wages than those who live ‘up country’.

“Thailand, one of the global health leaders*, is facing huge challenges in controlling the obesity epidemic and mitigate its impact in the country. This test is as onerous as controlling the HIV epidemic or establishment of the UHC program, if not more so. Obesity contributes to significant health problems as well as economic impact to the country.”

(*A direct quote from the report)

SOURCE: Obesity in Thailand and its Economic Cost Estimation.

Toons Tunes – Foster the People “Sit Next To Me”