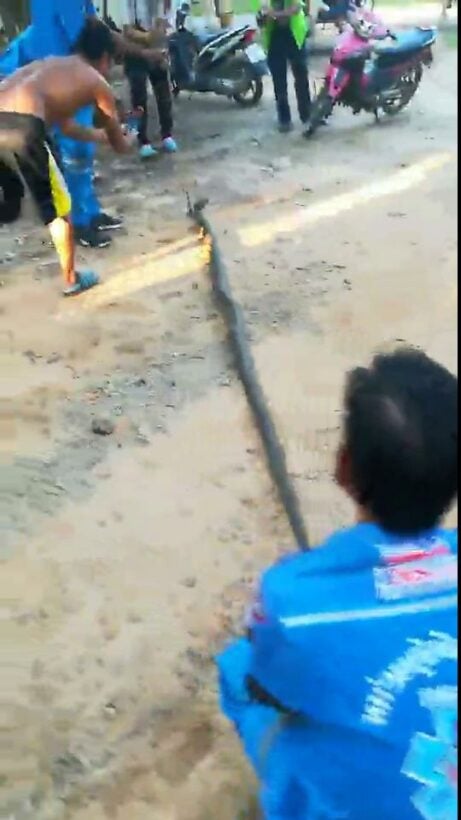 A four metre long king cobra has been found in the toilet of a local man’s house.

The owner of the house, Amnuay Ritthong, said that he was heading to the toilet, which is built next to his house, and spotted the snake next to the toilet before it quickly slithered inside the stall. He called Ao Luek Villa Rescue Team for help and it took them about 5 minutes to coax the snake out of its new home in the toilet.

The snake was gray and black and weighed 8 kilograms.

Many people in the area gathered and some of them rubbed the body of the reptile on their skin expecting some lucky numbers for lottery as they believe that the king cobra is usually the land spirit snake and brings good luck.

Meanwhile, the head of the rescue team, Banjong Kumprayoon, said that during the dry season, king cobras usually leave the jungle to look for a water source and many reach the community in search of a drink. They say that for the past 2 months they have already captured 10 king cobras and this was the 11th one. 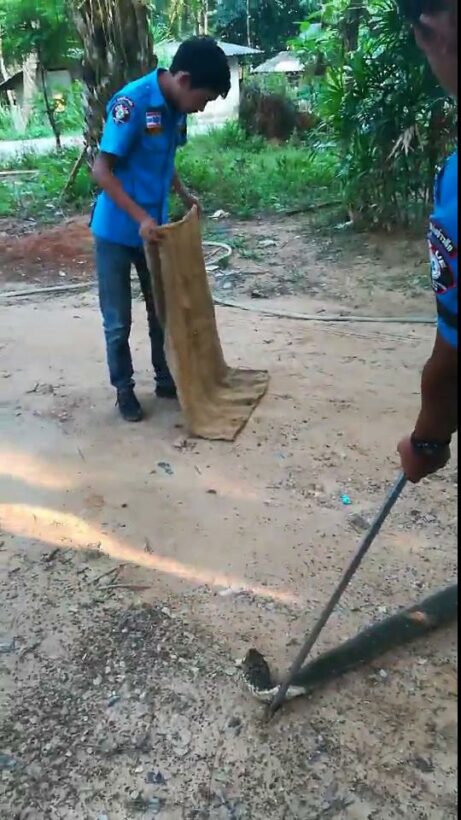