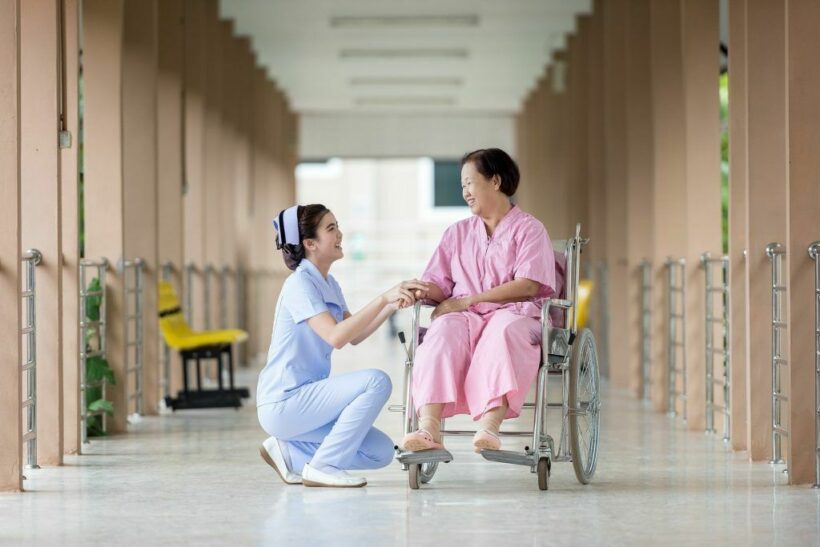 Senior citizen properties could be Thailand’s untapped market, and it seems, one real estate company is catching on to the trend. According to Bangkok Post, Nye Estate Co, a subsidiary of property developer Narai Property Co, is renovating a suspended riverside condo building in Nonthaburi in order to develop independent living unit rentals for senior citizens.

“This segment will be a huge demand. Many elderly people are healthy, active and able to take care of themselves. They are seeking a residential unit where they can spend an active life for as long as possible.”

Nye Estate was joined by Livwell Co, a senior care and management expert, just 3 years ago in deciding to provide senior living solutions to residents at Riverine Place. That condo project was located by the Chao Phraya River in Nonthaburi and was developed by Narai Property. Riverine Place was developed and put on the market before the 1997 Asian financial crisis hit. Now, 1 of the 3 towers has 70 units that have remained unsold after the crisis.

“Those buying units at the first two towers more than 20 years ago are now aged 50-70 years old and we found those aged 55 years old and above accounted for 40%.”

Nye Estate decided to renovate the 70 unsold units to be fit for independent seniors with a universal design that is equipped with facilities and services meeting the demand of this segment.

This could be the first in many properties to be converted to accommodate Thailand’s aging population. Such features of the modified living spaces will include emergency buttons installed in each bedroom and bathroom, which link to a care centre with nurses on standby 24/7.

Other amenities could include ramps instead of stairs, and handicap-style toilets with railings for added safety. The list goes on with potential modifications that are tailored to meet the needs of an elderly person. And, it’s not just Thais that may benefit from the new type of properties. Foreigners as well, who may retire to Thailand, could also be attracted to such homes. Wealthy pensioners could also add another layer to the living standards for some of these properties. Some could, for example, be marketed to middle class seniors, while some could be marketed to those who have a cushy retirement savings.

Meanwhile, Thailand’s government is being urged to simplify measures for foreigners who want to buy property. Such things as money transfers and more medical staff are among the measures that are being scrutinised as too stringent. The vice-chairman of the Board of Trade of Thailand, Atip Bijanonda, says these obstacles are making it hard for foreigners to buy condos. Thus, the goals of boosting the economy through foreign property ownership may not be realistic if many potential wealthy pensioners are being put off by the complicated buying process.

The government is now targetting long-term residents that are wealthy, remote working professionals, wealthy pensioners and highly-skilled professionals for foreign property ownership. With a goal of attracting 1 million of these buyers, the government expects a 1 trillion baht contribution per year from this sector.

Breaking down that number equals out to about 1 million baht per head. 800 billion baht of that investment is being attributed to around 10,000 wealthy, global citizens and 80,000 wealthy pensioners. Another 270 billion baht, roughly, is expected to come from taxes. Nonarit says Thailand is also setting its sights on stimulating the economy of target industries which would boost local employment opportunities.

Currently, a service centre for long-term residents is being set up and will be similar to the Board of Investment. The centre is expected to help clear up any obstacles to foreign property ownership. The plan is being set forth to welcome long-term residents as early as the 1st or 2nd quarter of next year, but Nonarit warns such foreign ownership by wealthy retirees comes with additional needs.

He notes that an increase in elderly foreigners will increase the demand and need for medical services for such foreigners as well as Thais. According to worldbank.org:

Together with China, Thailand has the highest share of elderly people of any developing country in East Asia and Pacific. The primary driver of aging has been the steep decline in fertility rates, which fell from 6.1 in 1965 to 1.5 in 2015, as a result of rising incomes and education levels and the successful National Family Planning Program launched in 1970.

palooka
Senior citizen properties could be Thailand’s untapped market The government is now targetting long-term residents that are wealthy, remote working professionals, wealthy pensioners and highly-skilled professionals for foreign property ownership. With a goal of attracting 1 million of these buyers,…
RampantRabbit
22 minutes ago, palooka said: just stick you on a plane. I think more like a Rohgyna boat
Marc26
4 hours ago, 9S_ said: If true then why are there many retirement homes in the US. It’s not American culture to take care of parents living in one’s own home. If that were true you wouldn’t see a…
9S_
1 hour ago, Marc26 said: Where are you from, not America So you don't know shit about America The vast majority of seniors living in retirement homes or retirement communities are still very involved with their families. They just have…