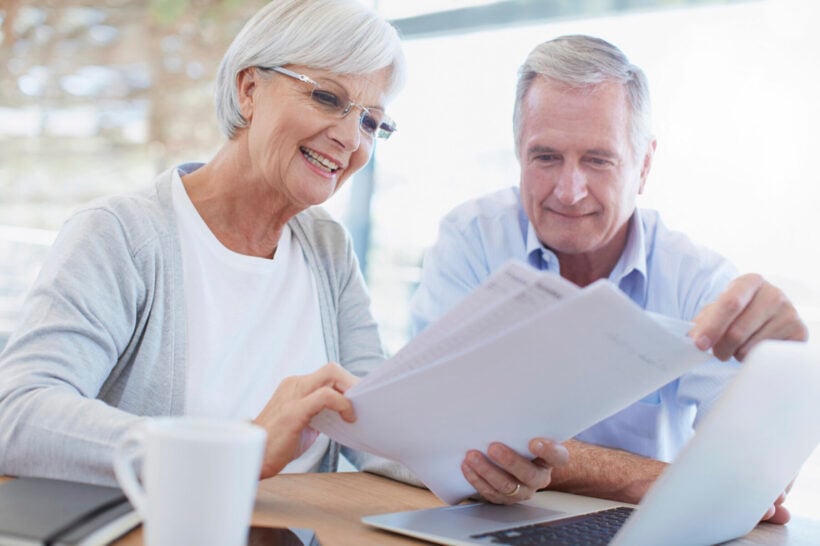 Thailand’s government is being urged to simplify measures for foreigners who want to buy property. Such things as money transfers and more medical staff are among the measures that are being scrutinised as too stringent. The vice-chairman of the Board of Trade of Thailand, Atip Bijanonda, says these obstacles are making it hard for foreigners to buy condos. Thus, the goals of boosting the economy through foreign property ownership may not be realistic if many potential wealthy pensioners are being put off by the complicated buying process.

“To get a condo transfer, foreigners are required to transfer money from overseas with their own currency and declare or show a foreign exchange transaction certificate to the Lands Department.”

Atip told The Bangkok Post that this method is proving to be inconvenient as many foreign buyers already had a business in the country or had a Thai wife. So transferring money out of the country and then back in, made the process too difficult. The vice-chairman notes that other countries don’t care about inbound money transfers, only outbound moves. He says the government should follow other countries to make this process more simple.

He also noted that Thai people should not worry about foreign property ownership being treasonous as most Thai properties that are sold to foreigners are in a different segment to Thai buyers. Many foreigners, indeed, prefer locations that are not popular with Thai buyers and vice versa. And, when Thai people buy properties overseas, those countries in which they buy property, don’t regard such foreign ownership as being treasonous.

Senior research fellow at the Thailand Development Research Institute, Nonarit Bisonyabut, says it is true that the Thai economy may struggle if it is not being driven by the property sector.

“Local [housing] demand will shrink due to the declining trend of population growth. Skilled labour shortages will also be a problem and we still have no plan to pay back the 1.5 trillion baht debt.”

Nonarit told The Bangkok Post that the country will lure back foreign buyers if the pandemic subsides, with Thailand being attractive to those who want to relocate.

“Attracting long-term residents will provide an enormous revenue boost to the country and stimulate the economy, investment and employment. It will boost the growth of the new S-curve economy as the government hopes.”

The government is now targetting long-term residents that are wealthy, remote working professionals, wealthy pensioners and highly-skilled professionals for foreign property ownership. With a goal of attracting 1 million of these buyers, the government expects a 1 trillion baht contribution per year from this sector. Breaking down that number equals out to about 1 million baht per head.

800 billion baht of that investment is being attributed to around 10,000 wealthy, global citizens and 80,000 wealthy pensioners. Another 270 billion baht, roughly, is expected to come from taxes. Nonarit says Thailand is also setting its sights on stimulating the economy of target industries which would boost local employment opportunities.

“After the measures were approved by the cabinet last month, the next process is about rules and regulations which involve many government agencies and need amendments.”

Currently, a service centre for long-term residents is being set up and will be similar to the Board of Investment. The centre is expected to help clear up any obstacles to foreign property ownership. The plan is being set forth to welcome long-term residents as early as the 1st or 2nd quarter of next year, but Nonarit warns such foreign ownership by wealthy retirees comes with additional needs.

He notes that an increase in elderly foreigners will increase the demand and need for medical services for such foreigners as well as Thais.

Stonker
7 hours ago, AlexPTY said: there is a good policy in Philippines. if you want long term stay visa, you can put $20K on your "special" account and get your "special" visa. You can use this money buy property. it's…
Stonker
8 hours ago, Thaiger said: Another 270 billion baht, roughly, is expected to come from taxes. 270 billion in taxes, even spread over a million people, is 270,000 baht in tax each per year. If most are retirees or earning…
HiuMak
17 hours ago, Thommo said: Although I work here in Thailand and are very close to retiring I think Philippines may be the place for me   no BS 90 day reporting for one I rather do the 90 days reporting…

Thommo
On 11/6/2021 at 8:15 AM, HiuMak said: I rather do the 90 days reporting and have better safety in Thailand. I have been to Phil maybe 15 + times   never had a personel safety issue but granted I think you…
HiuMak
If you roam out of makati and manila or surround, you gotta be careful, especially if you are a farang. I am perhaps have similar experience with you been visiting Philippines about 15-20 times but each time never stayed longer…

Did the Sandbox impact on Phuket’s property market?