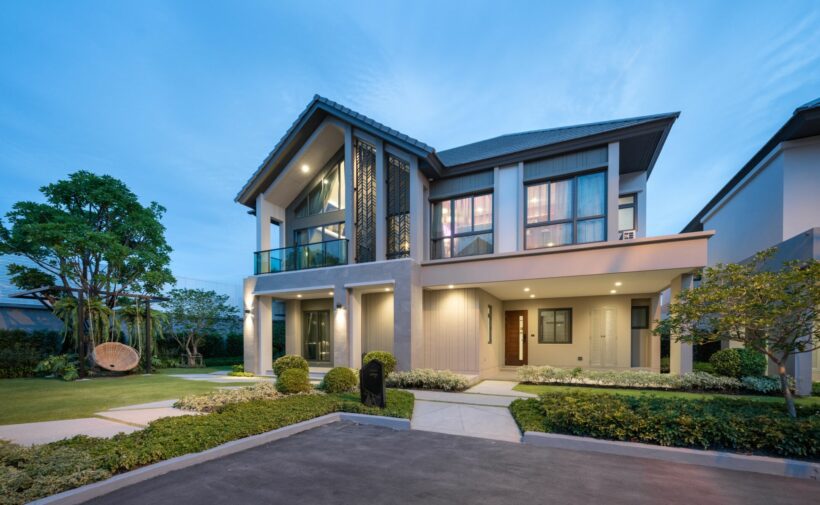 SC Asset Corporation aims to invest 40 billion baht to build new residential developments in Thailand totaling 130 billion baht between 2022 and 2025, with a revenue target of 100 billion baht over the next four years.

“Our main products remain low-rise houses, which we expect to comprise two-thirds of revenue. The 2022 land budget will be 15% higher than last year, when we invested 10 billion baht for 25 plots.”

SC plans to break ground on 27 new projects valued at a total 40 billion baht, 25 of which will be duplex houses and townhouses, priced mainly at the midrange to high-end market above 10 million baht per unit, the Bangkok Post reported.

The other two projects will be condos, totaling 6.5 million baht, including one high end condominium project in the Thonglor area, which will have 20 units selling for 140 million baht apiece. They also plan to open a hotel called Yanh in Bangkok’s Ratchawat area later this year.

As the company invests in additional projects, the amount of revenue from recurring income is expected to grow from 10% to 20% over the next few years.

SC’s current regular profits come from commercial properties, property services and residences in the United States. That trend is set to change beginning this year, as Thai property developers aim to bring in a windfall of profit, if domestic property sales return to pre-pandemic levels as expected.

“The condo market this year will definitely be better than last year as existing supply was reduced but demand did not fall. It will return to normal in 2023 as the number of foreign travellers will be higher in the second half of 2022.”

Large apartments in high demand in Bangkok, despite higher prices