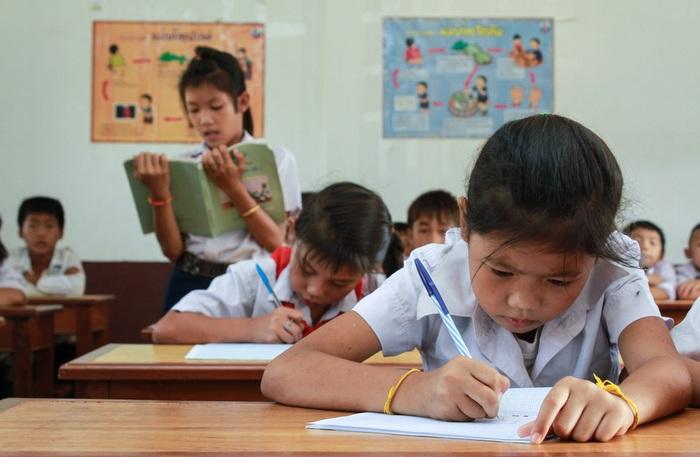 PHUKET: Part of Phuket’s expanding economy is its strong attraction as a regional hub for expatriates to live and work, and a key attraction for them is the high quality of educational offerings.

Over the past decade, ten of the current thirteen international schools were established. The most evident surge was in the period of 2005-2010, when seven schools, most notably HeadStart International School (HeadStart) and Phuket International Academy (PIA), entered the market.

Recently, C9 Hotelworks researched this market sector and presented the results in a new Phuket International Schools Market report. In 2015, there are a total of 2,508 students from pre-school to grade 12 enrolled in international schools. What is surprising is that 38 per cent of students in attendance are Thai. Granted there are some dual passport holders, but what is clear though is the growing influence of the domestic market.

High demand has been filling up an emerging new supply briskly. In just six years of opening, HeadStart achieved a student population of 512. The enrollment in Kajonkiet International School Phuket (KIS) surged ten-fold from 23 in 2011 (KIS’s established year) to 224 students in 2015.

Demand growth in the sector is sustained by the growing number of Thais who perceive international schools as the passport to pursuing overseas higher education. As opposed to a local high school diploma, international certifications such as International Baccalaureate (IB) and IGSCE are widely recognized by universities worldwide as an entry requirement.

Foreigners are the other key source of demand. The availability of Thai visas for foreign students and their guardians has been attracting many to study in Phuket’s international schools. The top five foreign nationalities are British, Russian, American, Australian and South Korean.

One trend from our research is that schools such as KIS are targeting and capitalizing on the heightened demand from Thai nationals, which make up 70 per cent of KIS’s student population. Key differentiating factors between the international schools are the curriculum taught, certification(s) issued, facilities/programs offered, teaching philosophy and accreditation awarded to the school.

Another emerging trend on the island is that Thai schools with an English Program (EP) are secondary competitors to International schools. The latter adopt non-local and globally recognized curricula, while the former instruct about 70 to 80 per cent of the Thai curriculum in English.

There are six Thai schools offering EP on the island, of which 91 per cent of the 4, 805 students are Thais. Phuket Thai Hua School, Kajonkietsuksa School, and Darasamuth School are the largest in terms of enrollment. Some foreigners may choose EP to be nurtured in the local school environment, but a certain level of Thai proficiency is required.

As more international institutions are established, a broader range of tuition fees is available, expanding the market by increasing market reach. For example, a primary education ranges from THB 130,000 to 573,000 – an evidently wide scope. At the higher end of the spectrum lie BISP and PIA, while HeadStart, KIS, and QSI International School hover around the market average.

To accommodate rising demand, international schools have been expanding to increase capacity. Most notably, HeadStart International School is ready to support an additional 750 students with their recent relocation and expansion on a new site in August 2015.

Institutions strive to stay competitive through renovating and enlarging their variety of facilities. Phuket International Academy (PIA) has embarked on a major expansion plan that includes a new secondary school building, boarding facilities, a sports center and a performing arts center. BISP is adding an arts center, BISP Ice Center (with Olympic-size ice rink), an all-weather covered training pitch and a Golf Short Game Center to their already extensive portfolio.

Looking forward, the upcoming ASEAN Economic Community (AEC) initiatives of regional integration, along with the sustained demand of Thais and foreigners, will spur new schools to enter the segment. The emergence of more schools and the constant evolution of existing campuses create a healthy competition that improves Phuket’s overall quality of education, fueling the island’s advancement to be a significant education hub.

Across the Land: Is bigger always better?