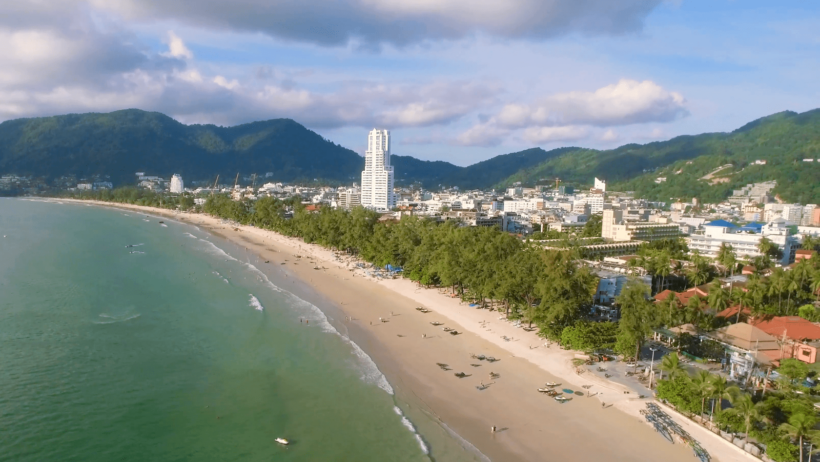 By Bill Barnett of c9hotelworks.com

The raindrops keep falling on my head. Rainy season always brings with it time to dust off the classics, and strangely enough, straight off my top shelf came Charles Dickens’ A Tale of Two Cities. Life is played out so well in these tattered pages, which are turned a mottled brown on the edges. There is darkness and light, social injustice and a subtle sense of things comedic bubbling along just under the surface.

Here in Phuket, we have our very own tale of two cities. Well more correctly – one city and one town, but let’s not split hairs, Patong is surely headed straight to City-dom, while we all keep referring to Phuket City as Phuket Town. (Please note: the upgrade into the former came in 2004, but old habits die hard.)

Geography has an interesting effect on the way things shift to and fro on the island, in a manner not unlike urban sprawl. Bangkok, for example, has seen a massive shift in its central business district and tourism areas over the last 20 years. Perhaps the biggest game-changer was the BTS Skytrain which derailed both the Chao Phraya River and Silom districts and catapulted Sukhumvit to the nation’s front page.

Suddenly, fading superstar hotels were left behind by the high yielding business travellers and many businesses relocated. Next to the river, things have never quite been the same as they were in days past. Will the shiny new commercial areas of Rajdamri suffer the same fate in another twenty years? It’s hard to say, but where else in the world can you stroll past a St. Regis, Four Seasons, Grand Hyatt, and soon, a Waldorf Astoria in the span of a few football fields?

What defines much of today’s development of rural areas to urbanized centers is transportation. We all know this island lacks mass transport and for the foreseeable future the key spine road that goes from the Sarasin Bridge all the way to Rawai is the main artery of Phuket. There is simply no avoiding the fact. There are no logical alternatives on the west or east coast so this road straight down the middle will divide and conquer the growing metropolis.

Tourism continues to define the local economy and over the past two decades we’ve seen shifts from the south to the north, east and west. Find the big blocks of land and that is where the resorts will grow. Phang Nga’s illogical zoning out of hotels and large scale residential areas from Thai Muang back to the other side of the Sarasin Bridge has simply put more pressure on available land here on the island.

While Phuket City remains the seat of Government, a defined movement was afoot as early as the new Millennium (that’s 2000 for those who don’t know what the Big M is). First came the hypermarts – Tesco Lotus, Big C and Makro. Then rolled in Central Festival, and the island suddenly stepped up its urban game. The City, or at that time the Town, was on a fast move west, banking up on the main artery of the By-Pass Road and then spilling over into Kathu. Progress was marked by curb appeal and road frontage.

Meanwhile post-tsunami Patong has been ramping up as well, building up an inventory of well over 30% of the island’s hotel rooms, and, within the last few years, setting the benchmark for unseasonal year round high occupancy. Retail here again helps shift things back off the main beach area and Jungceylon has somehow become the epicentre of a new highly urbanised resort destination.

As a consultant, I am heavily involved in the planning of new hotels, tourism attractions and residential projects both here and abroad. Often times I’m asked what is the forward looking view of Phuket. In my own opinion, the shifting sands of development will see the collision of Phuket City and Patong over the next decade. Logically the Kathu area will be the biggest beneficiary of this evolution as the two ‘cities’ continue to spill into the middle of the island.

We already see large Board of Investment (BoI) tourism attractions coming into the area and another Bangkok-based retail giant has started construction of a second mega-mall near the Samkong Underpass. Central Festival’s expansion will open in the second half of this year. Even the Chalong Circle underpass will eventually be finished and, in the same way the other three underpasses have assisted traffic flow in the middle of the island, the same will happen in the south.

Will the two tribes merge into one larger highly urbanised business, tourism and commercial district, or will they create a new more centralised version? It’s hard to say, but most likely it will be a combination of both. Phuket’s story is continuing to be written but if you want to gaze into a crystal ball, it’s best to follow the transport infrastructure to spot where the action is. Just watch the real estate boom around each of the stop-offs for the new Phuket Light Rail when it eventually kicks off.

Two arrested over kratom in raids in Chalong