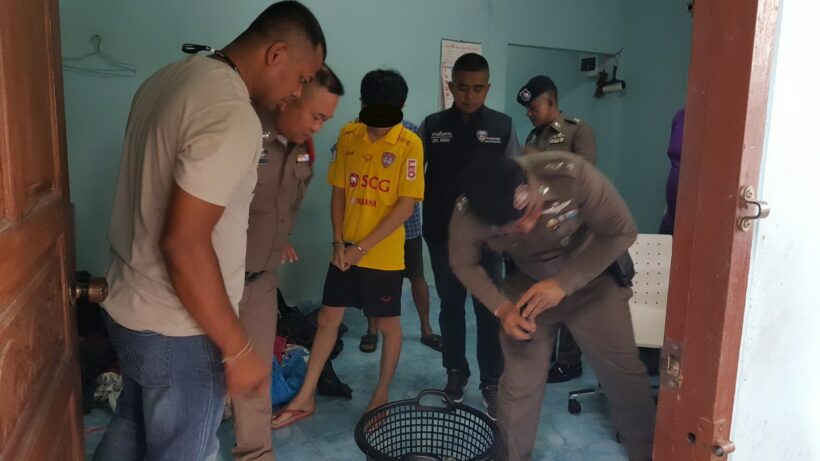 A team of Chalong police, with search warrants in hand, raided two houses in Chalong on Friday (June 8).

Anuwat admitted that he came to the house to buy kratom leaves. The seller went had already fled the location. Anuwat was taken to the Chalong Police Station for further questioning.

Thitisan admitted he bought kratom leaves for 100 Baht per bundle. He was taken to Chalong Police Station to face legal action.