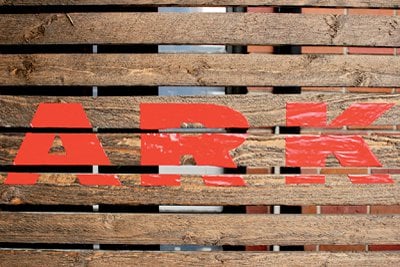 PHUKET: Once upon a time as monsoon rains swept the Earth, Noah had to be content to slip into a comfy sofa and channel surf for some forty days and forty nights.

This was before the internet, so entertainment options were sadly lacking. I’m not sure if there was a Mrs Noah, but let’s just say boredom had our biblical superhero climbing the walls of his condo.

Roll into Bangkok circa late 2011 and many people were caught up in both a real life tragedy and a media circus over the pending end of days present in Bangkok and the central plains.

As I tap out the storyline, life in Phuket remains pretty normal heading into peak tourism season. Over coffee this morning my next door neighbor’s property agency hailed a flow of interested buyers in for the Laguna Phuket Triathlon and Ironman 70.3 events.

Yes, paperwork was being drawn up for a Kamala property transaction. Hark the Herald Angel’s sing, there is activity.

Banging out a few emails and making some calls, my mission was to see if indeed there was proof of life in the island’s real estate sector.

Starting with the nearby Laguna Phuket and Managing Director Michael Ayling who said, “We have definitely seen uplift in our property sales in the last 6 months, which has coincided with a successful election and political stability being restored to Thailand.”

He added to the insight with some hard cold stats: “In the last six months we have had 19 reservations totaling a sales value of 400 million baht over the range of our products, from a wide variety of geographic markets. This is against the backdrop of what is happening on the global financial markets. We continue to see very good interest and are very hopeful for a successful high season in both our hotel and property operations.”

There remain mixed reports over the effect of the Bangkok floods on the market.

CBRE Thailand’s Prakaipeth Meechoosarn comments, “Over the past few weeks we have seen a number of Thais flying down to Phuket to view properties and also take out short terms rentals.”

As for the trend compared to last year, she added: “Trading conditions have improved over the same period in 2010.”

There is much speculation as to whether the Bangkok situation has redirected business to Phuket, which was a similar situation during the Red Shirt political crisis. Amy Koh from Engel and Voelkers weighed in with, “The impact of the floods has had a positive impact here. There has been increased interest and more importantly renewed focus on villas at the USD one million dollar level.”

I hope Noah has been saving for the trade up from a condo to ocean view dream villa.

A last minute call from Mark Lightfoot of Zest Real Estate confirmed the Bangkok flight sentiment, saying, “Bangkok residents are increasingly looking for a second home in Phuket or what they consider to be a safe haven.”

‘Tis the Season to be Merry, or so it seems this year. Big island events just keep getting bigger – from the two Laguna Phuket triathlon races which are bringing in a global market, to the King’s Cup and the Superyacht Rendezvous.

Word in from Noah is that he’s headed back outdoors as the sun is shining again, and has listed his ark for sale on Craigslist. Indeed there is life after the floods here in Phuket.

Bill Barnett is Managing Director of C9 Hotelworks and can be contacted through www.c9hotelworks.com.