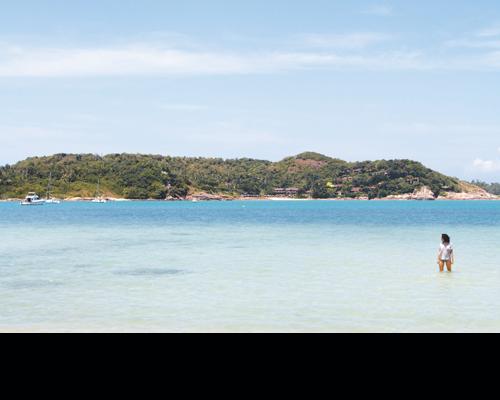 PHUKET: War is hell. While the opinion on developing tourism often ranges from heaven to hell or somewhere in-between those luxury hotel 400 thread count fine Egyptian bed sheets (as usual I can’t help but take a quick detour off into the realms of upscale bedding).

Apparently there is an ongoing controversy over thread count linen and whether the claims of ultra luxurious 800 or 1,200 count sheets are just a marketing ploy. Apparently the baseline for the good stuff, sheet wise, is a 200 count. Anything under that mark and you risk counting sheep or saying “hello” and “goodbye” to the moon on a beach mat.

But we are here to talk about Koh Samui, that ‘other’ resort island over in the Gulf of Thailand. We’ve just completed our 2012 C9 Hotelwork’s Hotel Market Update and the upswing in trading is impressive.

Rattling off the roll call of facts and figures, last year hotel-wide occupancy hit a historical high of 68 per cent.

Most of us already know that their gateway airport is unlike Phuket, which is operated by the government’s Airports of Thailand (AoT) administration, along with most every other key facility in the country. There is of course, the alter ego DCA (Department of Civil Aviation) which runs tertiary airports including Trang, Surat Thani and Krabi. The latter has continued to spill an ocean of red ink in operating losses each year.

But Koh Samui’s airport was privately developed by Bangkok Airways and opened in 1989. At the time the airline was an early pioneer in promoting tourism to the area and has over the years continued to evolve into a profitable and, at least in my opinion, well-run business.

National flag carrier Thai came into the picture late in the game with limited flights from 2008 onwards.

In a way, luxury hotel development leapfrogged Phuket over the past five years and the brand stable now includes such well known names as Four Seasons, W, Conrad, and InterContinental. Another driving force has been strong design-led independent properties such as The Library (pictures of its red swimming pool continue to circle the globe at the speed of light).

From a Field of Dreams perspective, they built it and hoped “they would come”. By the numbers they did just that. Passenger arrivals, which remain a key metric, have seen a compounded annual growth of 8 per cent from 2004 through 2008. Year on year growth in 2012 over the previous year was 15 per cent, with international arrivals surging by 40 per cent.

There is one key defining difference between our own Phuket airport and Koh Samui, which has a restriction on daily flights and a limitation on operating hours – Koh Samui has a ceiling of 36 flights per day, due to an environmental restriction on noise impact. This is, and has continued to be a spoiler for broad tourism growth.

Our research into the trends showed hotel occupancy rates going up, despite the limitation, which was perplexing so we drilled down into the data. A significant shift has been Bangkok Airways upgrading its aging ATR 72 fleet and the acquisition of more modern Airbuses. Looking at the airline seat capacity in 2012 versus 2011, more than 189,000 new seats were available to and from Koh Samui. Bingo! The answer is of course airlift.

Another aid to the growth has been a new international service to Kuala Lumpur, more Hong Kong flights and the introduction of Singapore Airlines regional carrier SilkAir from the Lion City. Visitors from long-haul destinations are able to smoothly transit via Changi.

Europe continues to be a key source of tourists with the top 3 markets for the island being Germany, Thailand and the UK. This trio commands 27 per cent of the pie.

Scanning the horizon of the remainder of 2013 and beyond we ask what is in store for Koh Samui?

Bangkok Airways is currently having the authorities review the environmental restrictions, given the new aircraft are less noisy and the impact is softened.

An increase of daily flights from 36 to 50 would be evolutionary as direct flights from emerging markets such as China could be accommodated.

Presently the tide has turned positive and great things may very well be out there within reach. It is doubtful though, that any international flights will be coming directly from Egypt, bearing 1,200-thread cotton sheets. But you just never know.

Phuket Property: The Emerald Terrace stands out in Patong

Phuket Property: More than half of Laguna Shores already reserved