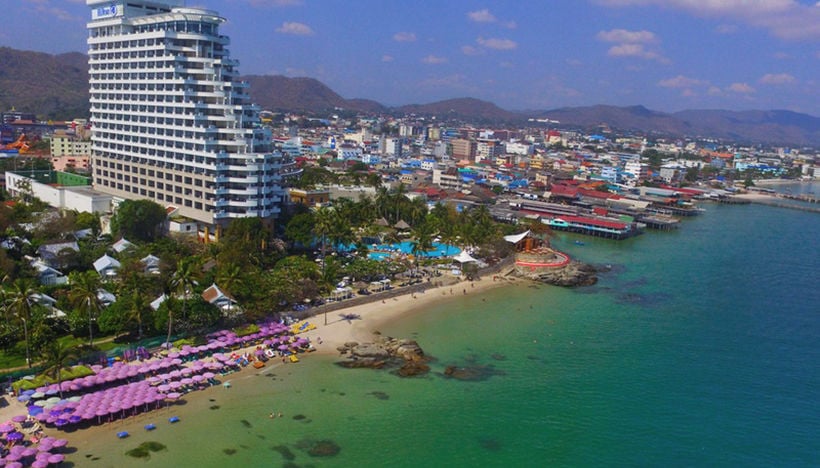 The condominium market in Hua Hin is returning to a “balanced state” thanks to a slow down in the launch of local developments in the coastal town. This follows the opening of many developments in 2011 and 2012, causing demand to fall behind the supply.

Knight Frank Thailand’s director of research Risinee Sarikaputra says that in the middle of 2019, the supply of condominiums in Hua Hin totalled 26,886 units.

An average of 1,120 new condominium units were put on sale annually between 2016 and 2018, as operators began to delay the launch of new projects in the Hua Hin area because of the oversupply.

In 2011 and 2012, new condos were being launched at a rate of 6,000 units per year, resulting in reduced sales rates of 45% in 2011 and 56% the following year. That same period also saw operators engage in price wars by devising various promotions to boost sales. Many operators had to delay the launch of their projects and some projects were cancelled altogether.

The area with the most supply remaining includes Cha-am, with about 3,376 units available for sale while the areas with the least amount of available supply are Hua Hin and Khao Takiab, with only 254 and 295 units remaining, respectively. The sales rates in Khao Takiab and Hua Hin are 92 and 89%, respectively.

Risinee said that the main buyers in Hua Hin are still Thai people looking for a holiday home for their weekend breaks, and they may rent the units out when they are not there. Foreign customers who buy condominiums in Hua Hin only account for 10% of all buyers; this buyer group consists of foreigners from Scandinavian countries, China, Hong Kong and Singapore.

“The coast certainly blossomed over the past decade and the early enthusiasm from developers produced an over-supply. Now we’re seeing developers launching better projects and the market having more realistic expectations. It’s a much better market now for developers and buyers.”

In terms of the price of condominiums in Hua Hin, the average selling price of a condo with sea views is currently 131,494 baht per square metre. This increased 2% from the end of 2018.

The price of a sea view condo falls within the range of 107,000-176,000 baht per sqm. Lower-priced units are usually those that have only partial sea views or are not directly facing the sea.