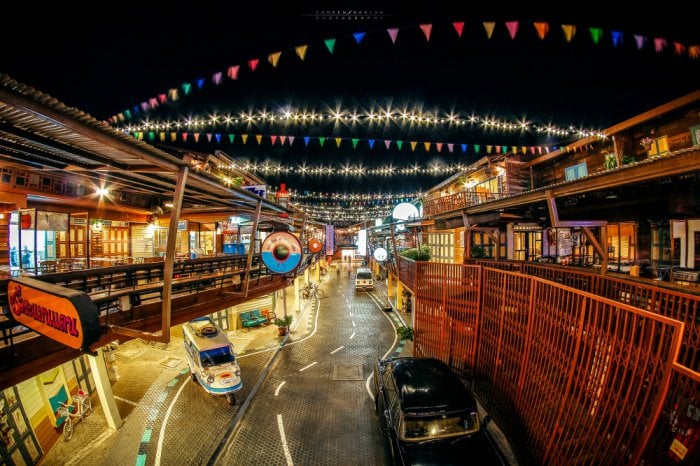 PHUKET: For Thais, there is little doubt that Hua Hin remains a keen object of desire, be it for a holiday, or a property purchase. Call it legacy, or location, but the magnetic draw of the beach town continues to be a key driver of demand.

A few weeks ago I visited the destination and found the extreme makeover movement firmly intact. One of the most prolific developments over the past few years is the InterContinental Hotel, which has entrenched itself on a prime beachfront location.

More so the same developer, the Proud Group, recently opened the massive water park Vana Nava, not far away. This is a serious international-quality project and is certain to attract a large following. Proud is also developing the Bluport upscale shopping center with Bangkok’s Mall Group, and a Holiday Inn branded resort.

As Hua Hin continues its push to modernize, the dominance of the domestic tourism market does cast a shadow over trading. Last year, 72 per cent of travellers to the destination came from within the country. That number grew one per cent over the previous year. Adding into the one-trick pony theme is the heavy weighting of hotel occupancy during the Friday, Saturday and public holiday period.

Looking at last year, Hua Hin suffered fallout from the Thai political crisis as market-wide occupancy declined four per cent compared to 2013. Granted, the drop was less than most other resort destinations in the country. Occupancy did remain a strong local demand, with an impressive full-year figure of 68 per cent.

There is little doubt the new hotels and other amenities are increasing in number. As we have seen throughout Thailand, China is a key growth market, though Europe continues to be positioned as the key international segment, which is dominated mainly by snowbirds from the West. A rising tide of integrated golf resorts, such as Black Mountain, has continued to diversify its offering and attract a wide client base.

On the real-estate front, aside from the massive market condo surge in Cha Am, one of the most impressive projects underway is Pace Development’s luxury MahaSamutr multi-million-dollar estate. Despite being well off-beach, the theme is a crystal clear man-made lagoon and private club.

A number of property agents I spoke to suggested the up-and-coming Hua Hin International School at Black Mountain as a key catalyst, but an inspection trip resulted in a very small footprint and limited work on a project that is projecting completion for the third quarter of this year.

Taking a broad view of Hua Hin, there is little doubt that thriving demand will continue to grow from Thailand given its location near the nation’s capital and main population base. Though, unlike Pattaya and the eastern seaboard, who have benefited from an impressive improvement in toll roads and infrastructure, the road south remains sadly lacking.

There remains a single artery though Hua Hin and, especially in weekend traffic, it is mind boggling. Even flying into Bangkok and driving down can be an arduous task, given a broad maze of interconnected roads.

Thailand’s ailing lack of forward planning is no more apparent than in Hua Hin, where the country’s key north-south highway remains a patchwork quilt.

In perspective, continued growth is a given, and the corridor between Cha Am and Hua Hin has a number of mega-projects in the works, including development giant’s TCC. That said, it remains to be seen if a broader international appeal can drive up international tourism numbers in a more substantial way than seen over the past few years.