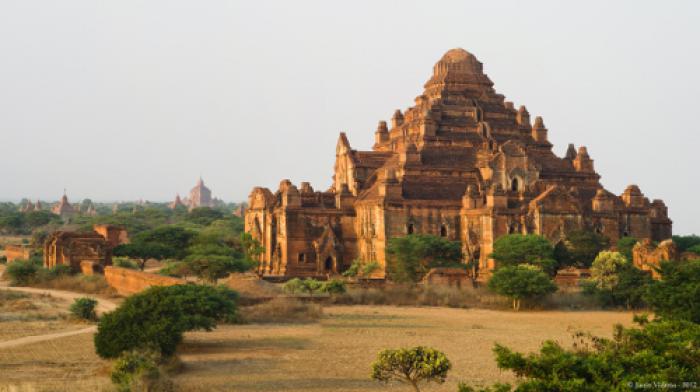 PHUKET: Myanmar is on my mind as I recall the famous line from Henry Wadsworth Longfellow’s classic poem Paul Revere’s Ride, “One if by land, and two if by sea”. The bard might very well have been speaking about Asia’s rising tourism dragon and Thailand’s neighbor Myanmar, though this slight annotation might also be apt: “Three if by low-cost airline carrier”.

Over the past year, I’ve been travelling for work to Yangon and beyond more times than I care to remember. The tropical coconut telegraph remains frenzied that the upside of the country is unlimited. And while I agree, the reality is that aside from the major attractions of the capital city – along with Inle Lake, Mandalay and Bagan – getting to the beaches is no easy feat.

Access and seasonal weather are key barriers to entry for the resort areas. On the ground the reality is that from May through September the monsoon season makes most of the beaches a no-go zone. Complicating this even more is the lack of electricity infrastructure in even the more developed destinations. No one ever said opening up a country was going to be easy.

One vast destination so far away from Phuket and yet so very near is the Mergui Archipelago. The broad dimensions of the area cover over 50,000 square kilometers with more than 800 islands. Prior to 1997, the Mergui Archipelago was cut off from foreign travellers. As for a gateway, Myeik is the most popular, but has limited domestic flights on a sporadic basis.

Dramatic limestone islands remain a signature of the island chain which is in many ways reminiscent of Phang Nga Bay or Halong in Vietnam. Local inhabitants are sparse and are mainly sea gypsies or Moken (the same ethnic group of fisherfolk who are found in Phuket’s coastal areas). Aside from the fishing, there is little other industry and the remoteness of the Archipelago makes it one of the region’s leading undiscovered jewels.

Phuket’s charter yacht and dive operators have been gradually drifting into the area, which is rich in marine and animal life, for a decade, as a natural continuation north of the Similan islands and up north in the Burma banks. For now, accommodation is mostly shipboard though a growing number of entrepreneurs are looking at establishing island resorts.

Of course seasonality and infrastructure remain firm obstacle, as does getting there. While Myanmar is rife with development, most of this is in more established areas, and the southern regions are going at a much slower pace. One much heralded development was the massive Dawei special economic development port zone, which had been partnered by Ital-Thai who pulled out of the venture late last year.

As I speak to tourism players, it’s increasingly apparent the natural fast track entry point looks to be through Phuket and then by boat from Phang Nga’s Tap Lamu or Kuraburi ports. Earlier this year there were announcements in the Thai media that the respective ports were going to expand their offerings to attract a renewed interest in marine vessels.

From my armchair in Phuket the natural connection between Phang Nga and the Mergui is clear, as the push from an overdeveloped island heads up north and starts connecting the dots towards Myanmar. It’s not easy developing an island-based tourism economy; just ask the Philippines where they have 7,107 of the things. The Maldives has been a shining example of what can be achieved despite the lack of land bridges.

For those in Phuket, the Myanmar tourism threat and opportunity remain highly visible, but as our international airport has created a vital hub, a sea hub can easily attain the same effect.

Bill Barnett is Managing Director of C9hotelworks and can be contacted through: c9hotelworks.com

Foreign directors: Not only power but also responsibility