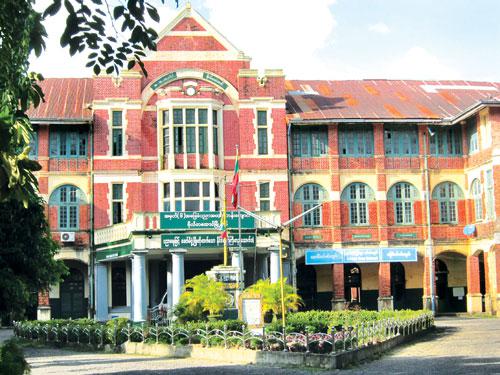 PHUKET: There is nothing quite like raw, naked ambition. Well not exactly, but that’s perhaps best left for another time and place. Last week I found myself straight in the middle of boomtown – Yangon, Myanmar.

Stopping off as I usually do for an afternoon coffee at the historically-twinged Strand Hotel, the smiling waiter pulled out his smartphone and showed me a picture of the chipmunk-like, former US President Jimmy Carter who I had just missed by a few hours. Lucky me.

The hype following Myanmar these days is almost befitting for a permanent set of paparazzi, all set to capture those star-studded highs, lows and in between moments. I can only imagine if Miley Cyrus showed up in the country, though they might somehow frown on public twerking. As for Sinéad O’Conner, not even the fall and rise of Southeast Asia’s last great success story could revamp her career. Thank goodness we are over all that loris talk.

Over the past year the country’s international gateway Yangon has continued to see an influx of high profile global business people (see how non sexist we can be) and politicians. On the negative side, the government’s effort to bring on lower-cost cars and the ensuing chaos on the roadways makes me feel very Phuket high season – stuck behind a tour bus and going nowhere. You can no doubt imagine this.

And yet primed up in the buzz, a very ordinary three-star hotel charges more than a hundred dollars and try a top place, with a multiple of two or three.

These days speculation, like demand, are running down the street stark naked with blind ambition. I’m purposely avoiding more twerking references. Real estate remains arcane and complicated in a country cut off for decades and yet there is movement in refining ownership, at least to the level where you can lease land for fifty years and have two 10-year options.

This of course is predicated that you can find freehold non-government land that has no ownership disputes. Start looking at those lovely old historical buildings or former government structures vacated once the powers that be moved on to the newly-minted capital, Naypyidaw. Things have now turned very complex with bidding and structuring of deals.

For residential properties, bank loans are limited to one year and the market is debt starved. Good news remains that currently under review is a condominium law that may grant up to 30ish per cent of the units for foreign ownership, but this may take time. It’s not exactly clear how much time.

Still hotels are getting built: A new Novotel in Yangon, and the joint-venture landmark Peninsula site with Yoma is at least seeing some hoarding covering the property. Bangkok-based Victor Pang from ACCOR, who heads up development in Myanmar, told me that he has inked eight deals across the country for various in-house brands, but the developers are all local groups.

Seasonality still comes into play, with the beach areas virtually slammed by monsoon weather and usable months really only being seven or eight at best. For Yangon, the rains hit the city hard and drive hotel occupancy rates from peaks down to valleys when the flooding comes.

Perhaps the largest elephant in the room is the ongoing ethnic violence, which is the single biggest country risk for foreign investment in Myanmar. Welcome to a journey without maps.

Yet as I took an afternoon off from work and spent time looking at the old colonial buildings from the late 1800s and the turn of that century, it’s hard not to love the strangeness of one of Asia’s great trading posts.

The city is alive with the ghosts of Orwell, Kipling and Maugham. Yet my very own personal favorite is Pablo Neruda and his epic story Widower’s Tango, which turns to failure and ruin amidst a stunning backdrop.

For Yangon, what happens next, after the rain remains a blank sheet of paper? For those closer or further away, you must visit, and visit soon, as there is no other place in Asia quite like it, for better or worse, it’s still one of the region’s great cities.