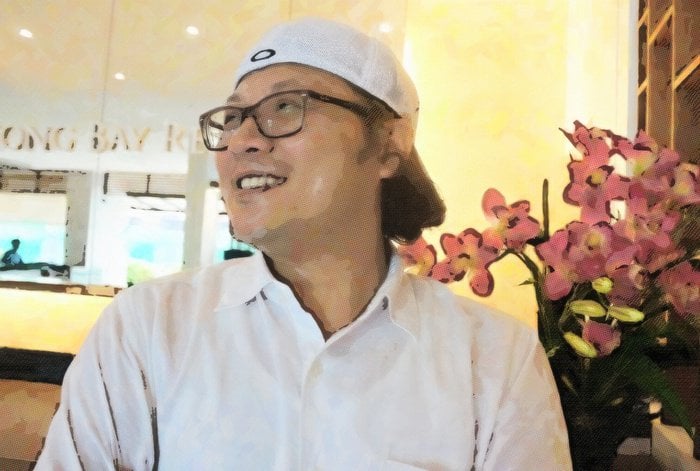 PHUKET: The Keesin clan and Pisona Groups is a household name throughout Phuket, as the political powerhouse family from Patong has a number of developments and interests in the island’s primary party town. Most recently they found themselves caught in the limelight with a host of mafia-style charges being levied against them.

The founder of the clan was the recently-deceased Pian Keesin – local Patong politician for life. However, it is now his son Preechavude ‘Prab’ Keesin who holds the family’s banner as he changes its paradigm away from under-the-table politics to above the table business.

Prab, a man with a deep love of learning, was working at the Bank of Ayudhya headquarters in Bangkok, as part of his commitment for a scholarship to secure a master’s degree in the United States, when he was called on to join the family business.

“My role as Managing Director of the Pisona Group started in 2004, after the tsunami struck Phuket,” Prab explains. “Most of our businesses were along the beach front. Our hotels and assets were completely destroyed.”

Prab was facing 900 million baht of debt when he stepped in, about 200mn of it was informal debt.

“It was not easy, but I had to make it work. I negotiated the informal debt, and eventually was able to drive our business forward. We are now free from non-performing loans (NLP).”

Prab’s father cast a long shadow over Patong as a politician, who worked his way up from Phu Yai Baan to Kamnan and eventually became the town’s first elected mayor. His career saw him pulled from power multiple times for alleged election fraud. Only shortly before his death had he once again lost the reins of the city. Despite this legacy, Prab insists he has no interest in politics.

“I am my own man. I am not related to my father’s reputation in that way,” Prab says. “I don’t want to battle for power in the government or do anything related to buying votes. It is not my way, and I like the way I am through creating strong businesses, paying taxes in accordance with the law.”

Prab does not want to leave a legacy marred by allegations of mafia-like activities. He wants to leave a positive, lasting impression on society.

“Transportation services is part of the Pisona Group, which is what the mafia charges are connected to,” Prab says.

“My taxis are legal. I was asked to help manage the transportation system at Jungcylon, in order to create a better system.

“So I helped them out, but was then hit with charges for mafia activity, which is not right at all.

“If being a well-known person who is supported by the people because he gives back to the public is a mafia activity, then I’m mafia.”

Despite his rejection of the allegations, Prab says they came as no surprise, pointing out that those extorting money and taking bribes were merely using the Keesins as scapegoats.

“What has mattered most in what I have done was the development of the Pattana Patong Foundation [Patong Development Foundation],” Prab says. “We support a variety of religious activities from the Vegetarian Festival to Ramadan.”

“We want the people in Patong to love Patong. We make donations of money or provide manpower for projects – the Pisona Group has about 300 employees, so we can make a difference.

“I want to continue building a successful business, so that I have the money to help people get free education and free training. With these skills, the people of Patong can drive the city forward.”

Like many well-educated, driven men, Prab has a clear dream.

“I want to see the people of Patong develop a clear service-minded mentality and English-language skills – as well as other foreign-language skills – that will allow them to help create a Patong we are proud of.

“I want these skilled workers to manage hotels or find career paths that fit them well and bring them happiness. Above all, I want them to be good people.”

Money matters are never far from hand for a man who is juggling a number of businesses and assets. However, the bottom line, he says, is happiness.

“If I had a single wish, it would be for everyone to be happy every single day of their lives,” Prab says. “People should be happy as they make sacrifices for others. They should be happy without impinging on others’ rights. There is no need to be famous or rich – happiness can be obtained through so many different paths.”

On Deck: Tonnes of trash killing our future

Keep it green: So much water, so little to drink