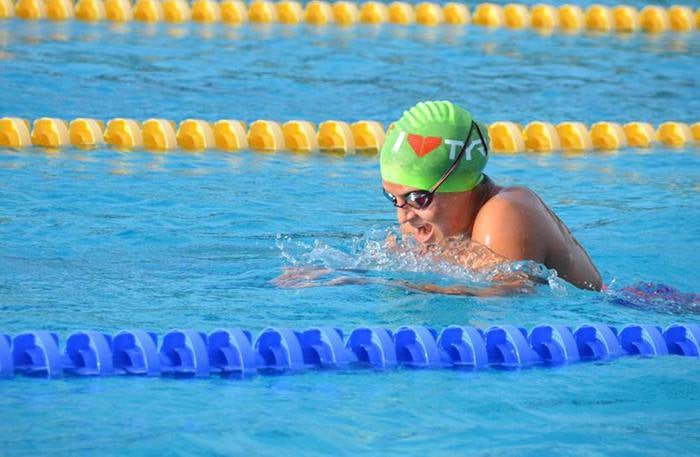 PHUKET: A Nepalese swimmer has smashed a national record at the FINA World Championships just three months after she was forced to sleep in a car and not train for a month, due to the devastating earthquake in Nepal.

Sofia Gadegaard Shah, 17, who has already secured a wildcard to the 2016 Olympics, was a symbol of resilience on August 4.

Sofia, who is one of 25 swimmers on a year-long FINA scholarship at Thanyapura, arrived in Asia just one month after the earthquake in Nepal – eager but noticeably shaken from the effects of the disaster.

When she arrived at Thanyapura, Sofia was admittedly unfit after not being able to train in Nepal following the earthquake because of the lack of training and coaching facilities.

Now, two months later, with the help of Head Swimming Coach Miguel Lopez, Sofia has beaten the Nepalese Women’s 200m Freestyle record with a time of 2.18.93.

“Building up to race day, I felt that I was ready. Training with Miguel at Thanyapura since May has prepared me for that exact moment of stepping onto the blocks at the FINA World Championships here in Kazan,” Sophia said from Kazan, Russia.

“Getting onto the blocks, I knew exactly how I had to swim this race… I’m so happy to have swum a new national record, but most importantly, a new personal best time, even after the earthquake. I feel that I have represented my country well.”

Mr Lopez said that to endure the earthquake and its consequences in Nepal, then come to Phuket to go through grueling workouts at Thanyapura, Sofia has demonstrated the type of resilience only the most pure and noble athletes have.

“Sofia has dropped over eight seconds from her best time this year, and this new national record is only the reflection of the Olympic spirit and the values that represent FINA and the sporting world community. I could not be prouder of her and the FINA team as a whole, fighting united to bring honor to this program,” Mr Lopez said.

Sofia was chosen by the Nepalese Swimming Federation to have the chance to spend a year at Thanyapura preparing for the Rio Olympics 2016. She has received a wildcard entry into the 2015 FINA World Championships and the 2016 Rio Olympics.