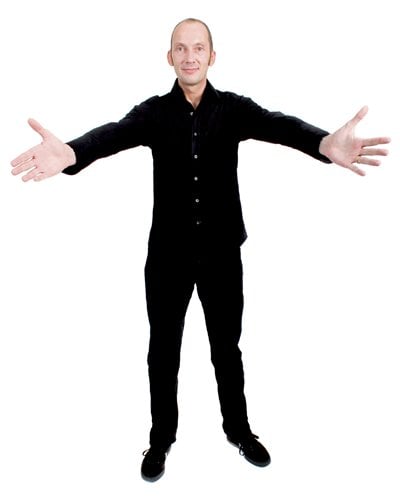 PHUKET: With Phuket’s wet and rainy season now truly here the Punchline Comedy team has decided to give comedy lovers a reason to rejoice with another hilarious night, planned for June 27.

Three top stand-up comedians will head to the Holiday Inn Resort, Patong Beach to bring the mirth back.

The event will be compered by comedian, writer and presenter Jeremy O’Donnell, who mixes sharp one-liners with friendly story-telling and sparkling off-the-cuff wit. His cheeky smile and friendly nature have endeared him to audiences all over Britain and abroad.

Also on the bill is Brian Higgins, one of the most experienced headline acts on the comedy circuit. He moved to London in his teens from a small fishing village in central Scotland. Armed only with a penknife, a catapult and a bag full of tadpoles, he set out to make his fortune. Twenty years later he still has the penknife.

Brian has a real passion for comedy, and it shows in an impeccably delivered cheeky upbeat set that never fails to deliver.

Third up will be comedian Paul Myrehaug who began his comedy career in Edmonton Canada in the year 2000 and now is an internationally toured comedian with appearances on television, radio, festivals and world renowned comedy competitions.

At twenty-two Paul moved to Toronto Canada and started measuring his talents against other professional acts in comedy competitions around North America. After a second place finish in the prestigious Seattle International Comedy Competition in 2006 and a first place finish in the 2007 Great Canadian Laugh Off seen on The Comedy Network, Paul launched himself into the television, radio and festival circuit including: two appearances with CBC’s Ha!

The usual Early Bird 960 baht tickets will be available soon, with the door price still at 1,200 baht.

In a departure from previous shows, the Holiday Inn is offering ‘Ticket and dinner’ specials at 2,400 baht per person, inclusive of the show and a three-course set selection dinner at Sam’s Steakhouse, including a glass of house wine.

For the ulimate fun night out there will also be a Ticket + Dinner + Stay combo on offer at 8,550 baht per couple. This option includes the show, the dinner, an overnight stay in a superior room and breakfast the next morning.

The Phuket Gazette is a charter sponsor of the Phuket Punchline Comedy Club and will bring you more details of each of these performances as they become available.

Phuket gardening: What’s in a name?