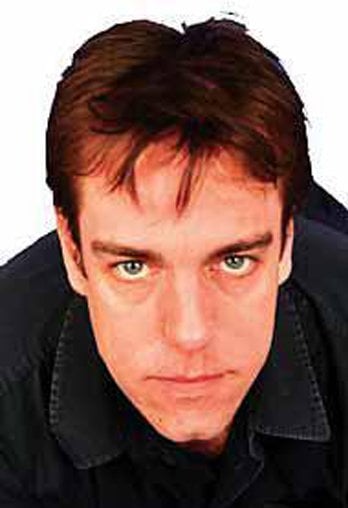 Three of the sharpest comedic minds on the UK comedy circuit will take to the stage. Among them is Nick Doody, rated as one of Britain’s most popular stand-up comedians.

Nick has tickled funny bones all around the world with his politically charged routine. He writes comedy for television and radio, with credits including Channel 4’s Friday Night Project and the Armando Iannucci’s Award-winning Charm Offensive.

Nick can also lay claim to supporting the late great Bill Hicks on his final tour of the UK…at Bill’s request.

Also set to perform is Englishman Josh Howie, whose path into comedy is a story in itself.

An ex-public schoolboy, raised as a Buddhist and training to be a Rabbi, Josh was kicked off the program after being caught naked with a non-Jewish girl, so perhaps it was inevitable that he would go on to become a stand-up comedian.

Josh, who The Scotsman describes as a “young Woody Allen”, is the current presenter of the movie review show Movie Geek on Sky Movies and is a regular columnist with The Guardian newspaper.

Completing the trio of performers on the night will be Irishman Michael Legge.

Michael is best known as an improviser and was part of the very successful Scriptease show in London’s West End.

His writing credits include music for various MTV and Channel 4 shows, while he has been nominated for a BAFTA for his work on The Osbournes website.

The Phuket Punchline Comedy Club is sponsored by the Phuket Gazette.

Tickets for the show are on sale at venues around the island at 960 baht each until February 22. They will cost 1,200 baht on the night. (Further details at phuketcomedy.com.)

Doors open at 8pm for the 8:30pm performance.