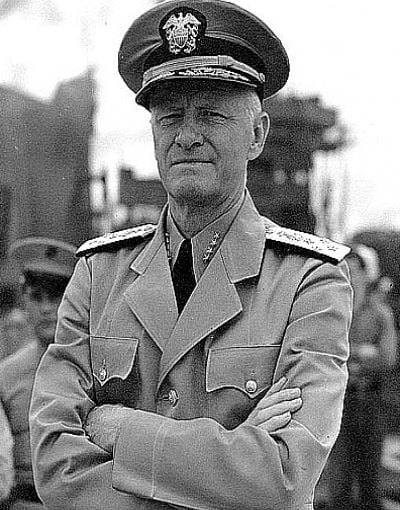 PHUKET: In libraries and book stores, not shelves but entire bookcases are devoted to World War II and the American Civil War. Therefore, a one volume history of each fills a crying need.

Hastings brings a magisterial authority to the subject, having written eight previous military histories of the war.

He is blunt on the subject of generals. A nutshell explanation of the Confederate’s initial success in the Civil War is that they had good generals and the Union had bad. Similarly, he is unafraid to assert that the Germans had good generals – Manstein, Guderian, Rommel, Kesselring – and the British and Americans bad: the entire brass of the early days of the war and much of the later.

He calls General Douglas MacArthur a “vain glorious blowhard”. His campaign to retake the Philippines was strategically unnecessary, but his PR machine rolled over the powers in Washington. “MacArthur was distinguished by the splendor of his self-image as a warlord, which it suited his nation to indulge, rather than by gifts as a battlefield commander.

General Mark Clark in Italy squandered his best troops – the Gurkhas and the New Zealanders – on frontal attacks on Monte Cassino out of sheer personal lust for glory for the conquest of Rome. Lust for glory was also the main reason behind British general Bernard Montgomery’s failure of the Arnhem campaign, “The British commanders charged with executing it, notably Lt. General Frederick “Boy” Browning, displayed shameful incompetence and merited dismissal with ignominy, rather than the honors they received in a classic British propaganda operation intended to dignify disaster.”

The American generals Bradley and Hodges were mediocrities at best. Patton alone merits qualified praise: “In pursuit, he displayed an inspiration and energy rare among Allied generals, but in hard fighting his army fared no better than those of his peers.”

In contrast, he esteems highly the naval and air force commanders. “The outstanding personality of the Japanese war was Nimitz, who directed the U.S. Navy’s Pacific campaign with cool confidence and judgment, often displaying brilliance, especially in the exploitation of intelligence. Spruance showed himself the ablest fleet commander at sea.” In contrast, after many initial successes, the Japanese admirals showed nothing but dullness and timidity.

But the high command of the war forms only a very tiny portion of Hastings’ sweeping vision. The bulk of the book is made up of the personal stories of the people on the ground, from infantrymen and civilians. His point is that the war was a force that swept away normal lives and tested everyone in varying degrees of horror. It is this vast human mosaic that forms the beating heart of the book.

The most important corrective is that the war was really fought on the Russian front. A mere half dozen divisions were fielded by each side in the North African campaign. By contrast, the Russians fielded 200 divisions on their front. Three quarters of their tankers were killed. Of seven million taken prisoner by the Germans, only three million survived. Total deaths topped 27 million with 16 million civilians. The Russian generals were successful simply by throwing millions into bloody frontal attacks.

“The advancing Soviet legions resembled no other army the world had ever seen: a mingling of old and new, Europe and Asia, high intelligence and brutish ignorance, ideology and patriotism, technological sophistication and the most primitive transport and equipment. T-34s artillery and Katyusha rocket launchers were followed by jeeps and Studebaker and Dodge trucks supplied under lend-lease, then by shaggy ponies and columns of horsemen, farm carts and trudging peasants from the remote republics of Central Asia, clad in foot cloths and rags of uniforms. Drunkenness was endemic.”

So was mass rape and looting. Europe was plunged back into medieval horrors. Japanese civilians suffered mass murder from the sky. Hastings concludes:

“Among citizens of modern democracies to whom serious hardship and collective peril are unknown, the tribulations that hundreds of millions endured between 1939 and 1945 are almost beyond comprehension.

Allied victory did not bring universal peace, prosperity, justice or freedom; it brought merely a portion of those things to some fraction of those who had taken part.

All that seems certain is that Allied victory saved the world from a much worse fate that would have followed the triumph of Germany and Japan. With this knowledge, seekers of virtue and truth must be content.”

Phuket Gardening: Location is everything