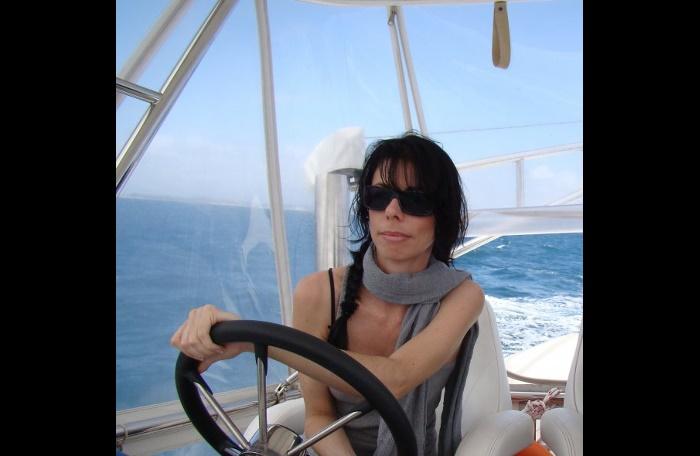 PHUKET: Tara Sudlow is a Perth native who moved to Phuket 22 years ago, and for the last 13 years has been running her own real estate company here.

“I first visited Phuket in 1986 at the age of 14. I was a very shy kid back then, always hanging around my mother. Then, I met this amazing Thai family and instantly formed an intense connection with Thailand,” says Tara.

“I met them through friends of my father, and since the moment we met, they’ve taken me under their wing. I used to spend all my time with them when I visited Phuket, and they’ve been there whenever I needed them, asking for nothing in return.”

After visiting Phuket a few more times with her family, Tara decided, at the end of four years of university, to accept a job at Laguna Phuket as a tennis instructor in 1996.

“I taught tennis at Laguna Beach Resort for six months. I’d finished my studies and before getting into a full time career, I wanted to try it out. I hadn’t been to Phuket in five years at that point. My boyfriend at the time had asked me to marry him, so I was contemplating that and this seemed like a perfect opportunity to get some perspective. Like I said, I’d always had a special connection with Thailand and sure enough, once I came here, I just couldn’t leave,” she says.

Her personality, if you had to describe it in one word, is quirky.

“I have no filter to what I say, so I’m always getting myself in trouble,” she smiles. “I call myself a ‘Northwest snob’. I’ve lived in the area around Laguna and Bang Tao since I’ve been here. I lived in Kamala for a very short time, but Laguna is where I belong.”

Although she’s been here for more than two decades, Tara admits that everything wasn’t always smooth sailing, but she loves it just the same.

“At first, I had trouble adjusting to the weather. It was oppressively hot and I was tired all the time. For the first time in my life, I started taking afternoon naps. I’ve always hated the cold, but it took me some time to adjust to the heat,” she says.

“I didn’t even speak Thai for the first five years I was here. It was all very confusing and loud, until I learned the language. It took me a long time because I was embarrassed and scared of making a mistake. Even now, if I go to a new place, Thai people are always surprised to hear me speak their language.”

Tara then worked at a timeshare company, where she was running the administration department. After a brief return to Australia, she was back at Laguna, this time working for the Kid’s Club. Since setting up her own business, however, she has had more time to spend with her family in Australia, who also visit her quite often.

“I don’t want to say ‘I’ve had enough of Thailand’ and I don’t see myself moving back, but things have certainly changed. Last year, I lost some of my closest friends who moved back to Australia because of visa issues,” says Tara.

“Now, I’ve got no one who’s been here since the very beginning, but as for me, I just can’t see myself severing any connections with Thailand.”

Profile: Yoga for peace of mind, body and soul