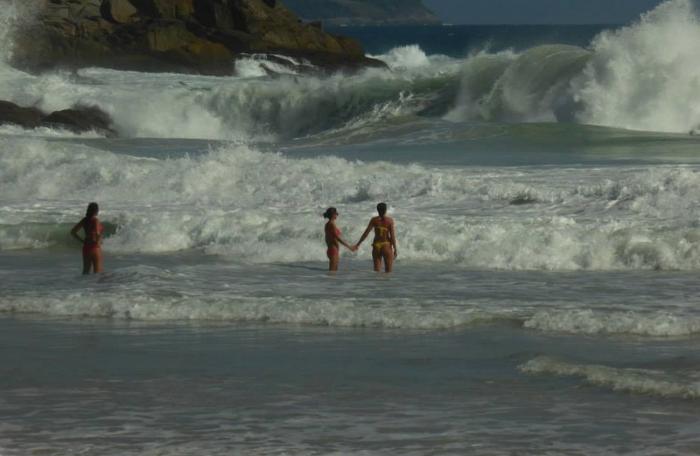 PHUKET: The quality and number of lifeguards in Phuket will remain unaffected in the new contract despite a 10 percent cut in the budget, the president of the Phuket Lifeguard Club (PLC) told the Phuket Gazette today.

Public concern about the budget cut for Phuket’s lifeguards has been voiced by both the local and international communities here, with the California-based ‘International Surf Lifesaving Association’ (ISLA) sending a letter to Prime Minister Gen Prayuth Chan-o-cha last week, stating that the budget cut will cost Phuket hundreds of lives.

“The ISLA is aware that the Phuket Provincial Administration Organization (PPAO) has, for the last
14 years, provided money for lifesaving services at many of Phuket’s beaches. However, our initial review indicates the services delivered do not meet international standards. In addition, the private tender model for providing this essential public safety service has resulted in numerous gaps of Lifeguard coverage over the last seven years,” the letter reads.

“The time periods without lifesaving services have ranged from a few weeks in some years, to months in others. These lapses in service leave Phuket’s dangerous ocean waters unguarded, and subjects Thai citizens and visitors to an even higher risk of drowning.

“ISLA wishes to voice strong opposition to Mr. Patomwatthanapong’s plan to reduce funding for Phuket’s lifeguards, when in reality much more needs to be done to bring Phuket’s lifeguarding service up to international standards.

“ISLA stands ready to assist in the development and advancement of Professional Lifesaving in Thailand. We can provide additional training and rescue equipment free of charge to help reduce the high number of preventable drowning cases in Phuket, but we (and the Thai Lifeguards) also need your support.”

PLC President Prathaiyut Chuayuan addressed both concerns, saying that they had solved the issue of accepting a lower amount of money, for doing the same job, by locating outside sponsors for the purpose.

“I have been doing this for five years. Last year the PPAO suddenly reduced the budget from 22 million baht to 19.8mn baht. Although they have the right to do that, it was still a shock for us. Since no one else took action, we had to do it ourselves,” Mr Prathaiyut said. “We can’t stand to watch people dying on our beaches – money is important, but lives are more important.”

He added that that although they had not officially been offered any help from ISLA, they would be happy to accept it if provided.

“As far as the gap between expiration of the old contract and signing of the new one is concerned, we have already submitted all the documents and are waiting for the PPAO to approve them,” PLC President Prathaiyut told the Gazette.

Nararit Touyon from the Tourist Department of the PPAO said that the process is nearing conclusion, and barring any unexpected events, they foresee no gap between the expiration of the old contract this Thursday (Jan 19) and the new one taking effect on Friday.

The gap between old and new contracts has been a problem for many years, as Phuket’s beaches are left unmanned during the transition period. The latest contract was signed in March 2016, for a period of 10 months (story here).

Phuket cops dress as postmen to nab B500K worth of drugs