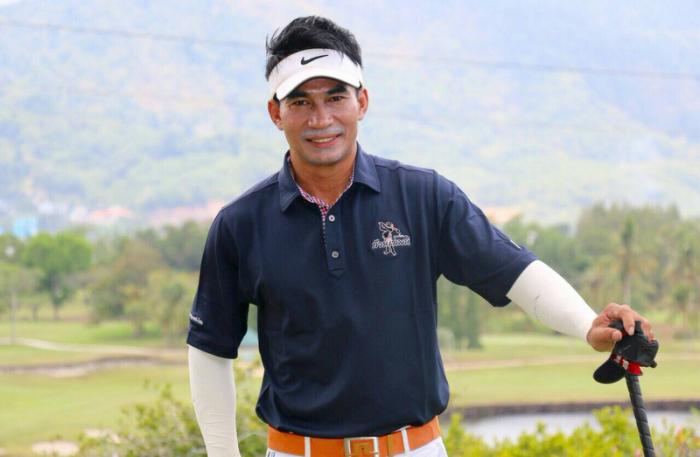 PHUKET: Boonjuan Panich from Trang Province is the current deputy chief judge of the Phuket Court. He is also the president of the Trang-Phuket Club – a group of Trang natives living and working in Phuket.

Now 49 years old, Mr Boonjuan has achieved much from a humble childhood as the second son of a rubber plantation worker in rural Trang.

“When I was a child, I didn’t pay much attention in school. I graduated from high school with a grade point average of only 1.1.”

Ultimately, it was his love of football that opened doors for him later in life.

“My grades weren’t good and my family was not wealthy, so I was not able to go to university. However, I passed the entrance exam to study with the Royal Thai Navy in Samut Prakan,” he added.

“I did not know whether that was a good or bad decision. I just wanted to continue studying without having to spend money. I studied there for two years, but my results were very bad. I was 38th in a class of 40 students.”

After graduating, Mr Boonjuan joined the navy at a low level. In his free time, he played football for the Navy Football Club.

He was then invited to play for Ramkhamhaeng University’s football team and acquired a new lease on life. With a revived love for the sport, he quickly became a popular player. But to gain a permanent spot on the university team he had to be enrolled at the campus, with at least 18 credits a year.

“This was a turning point in my life,” he said.

He took this opportunity to study for a bachelor’s degree in law.

By his second year at the university, he knew he was on a new path with a brighter future, so he quit the navy.

“This was the second biggest turning point in my life, but at first I didn’t tell anyone about my plans, not even my parents. When they did eventually find out, they were very angry, which put me under even more pressure.”

Yet this time Mr Boonjuan was determined to study hard and get good results. He made a promise to himself not to return home until after he’d successfully graduated. He took school books with him every time he went to play football in other provinces and crammed constantly.

The effort paid off. After four years of study, he was the proud holder of a law degree. His parents were the first to hear the good news over the phone.

Throughout his studies, Mr Boonjuan paid his own way with the money he earned from playing football.

Once he’d graduated, Mr Boonjuan got a job as a lawyer at a well-known law firm, through the many connections he had made during his time as a footballer. He then studied further to become a barrister, passing the bar after a year as one of the top 20 students out of a total of 400.

However, there was still much work ahead for this high achiever. His next goal was to become a judge. He quit his job at the law firm and began another stint of dedicated study, reading at all hours and sleeping for only four to five hours a day, he says, and eventually achieved his goal.

Mr Boonjuan claims his recipe for success is facing difficulties head-on and finding a way to cope with the pressure.

“Don’t put things off and wait for the ‘right time’. There is no right time. Whatever it is you want to do, just do it. If you keep waiting, you will never find success.”