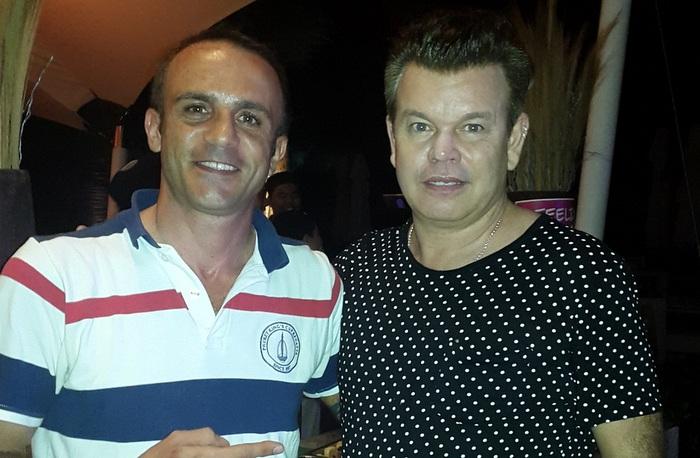 PHUKET: The atmosphere at the Xana Beach Club was electrifying as guests poured in for the opening night of the DJ festival, running from December 12-20 and featuring nine of the best local and international DJs. Despite the pouring rain, the venue was quickly filled to capacity as guests waited for the first performer of the night – three time Grammy nominated DJ and record producer, Paul Oakenfold.

Mr Oakenfold is no stranger to Phuket or to Xana Beach Club, as this year marks his third performance there.

The Phuket Gazette caught up with him for a quick chat before his performance. He was all praise for the event, as well as for Phuket, saying that the beach, the crowd and the set-up by Xana’s management all made for a spectacular event.

“Every time I come here, I meet a lot of great people. I’ve got friends in Phuket… I can see some regular faces [here] and it really makes a difference. That’s why I keep coming back,” Mr Oakenfold said.

He also had some advice for aspiring local DJs and artists.

“My advice to them is, focus on yourself, don’t worry about what anyone else is doing – become the best at what you do and your time will come,” he said.

“When I lived in New York, I slept on the floor. I didn’t have a lot of money because electronic music wasn’t big in London at the time. It was a difficult and lonely time, but I absolutely loved it because I really wanted to make it happen. So to anyone who reads this, I want to say there’s no excuse for not doing what you love.”

True to form, Mr Oakenfold had the crowd on their feet with his raving tunes, setting a great tone for the rest of the week’s performances. He says he loves performing here… and the appreciation from the crowd made it mutual.

Sun sets on another Superyacht Rendezvous